Update: The Reebok 9k roller hockey skate is now available at Inline Warehouse for only $349.99. Head over to IW now to check them out!

A few days ago we brought you a sneak peak of the upcoming 2011 Reebok 11k roller hockey skate with Hum’er chassis. At that time I was curious if they would go with a white version for the 9k. Well, it only took a couple days, and now we have a sneak peak at the 2011 Reebok 9k roller hockey skate. Sure enough, they went with white. I am definitely a fan of the boot on this skate, but the chassis doesn’t look nearly as nice as it does on the 11k.

The boot itself on the Reebok 9k roller hockey skate looks really solid, and very similar to the ice boot. You’re gonna get a nice felt tongue with the 9k, as well as the lace lock and pump technology that we’re all familiar with. The Labeda frame is, of course, a welcome addition to the new Reebok line. The tri-di chassis was far from our favorite roller hockey frame. The Labeda Millenium wheels will be nice as well.

Anyone looking to pick up the Reebok 9k inline skates can head over to Inline Warehouse now. They new skates will set you back only $349.99.

What are your thoughts on the new 2011 Reebok 9k roller hockey skate? 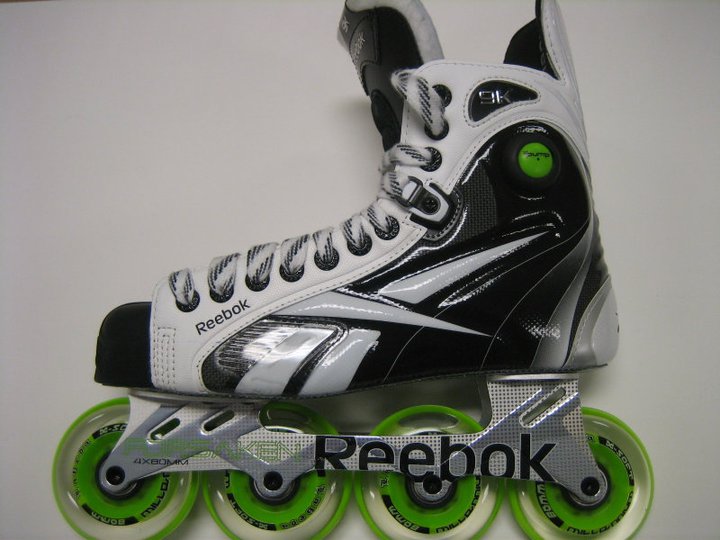