With voting set to begin this coming Monday, Nov. 15, for the upcoming 2011 NHL All-Star Game, the NHL released the ballot of the 100 candidates available for fans to vote into the game.

Per the new format for this year’s event, fans will vote in the top six players with complete disregard to position or conference. The remaining 36 All-Stars will be selected by the NHL Hockey Operations Department. Teams will then be chosen be designated captains in a Fantasy Hockey-type draft scenario.

The list includes many of the regulars, such as Sidney Crosby, Alexander Ovechkin, Joe Thornton, Nicklas Lidstrom and Roberto Luongo, but is already receiving criticism for including players that have no right to be voted into the All-Star Game at this point and by snubbing others who should be leading the pack.

One of the most notable omissions is Alexander Semin of the Washington Capitals. In 16 games for the Caps this season, Semin has 12 goals and nine assists, which is good for 4th in the league in points.  Also absent from the list is goaltender Jimmy Howard who has only one loss in regulation in 10 starts this season while displaying a 2.26 goals against average – which is better than several of the other potential All-Stars goaltenders listed on the ballot. Teeamu Selanne, who is 7th in the NHL in points with 19 in 18 games, and Claude Giroux, who currently leads the Flyers in points, are also notably absent from the ballot. 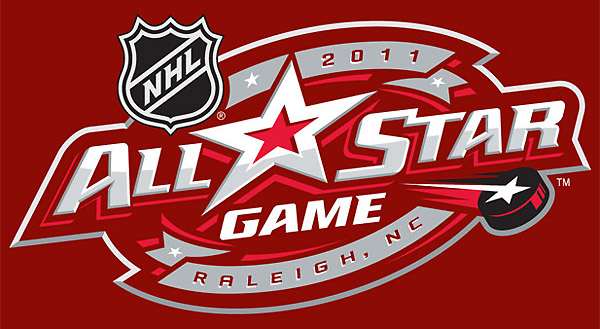 The ballot also includes New York Islanders defenseman Mark Streit, one of two Islanders included on the ballot along with John Tavares. In case you didn’t know, Streit hasn’t even played a game in the NHL this season while he sits on the IR and is listed as “out indefinitely”  with a torn left labrun and rotator cuff. While Streit is certainly the most questionable addition to the All-Star ballot, other names have popped up as highly suspect.

Zach Parise only managed to tally six points in 12 games this season before sustaining a knee injury that will keep him sidelined for three months. While Parise is definitely a fan favorite, his output is a far cry from last year’s effort where he notched 14 points in his first 12 games on the season. Despite his injury and lackluster production, Parise was still included on the ballot. As was Brian Gionta, who brings a meager six points in 16 games to the table as one of the three Montreal Canadiens selected for the ballot.

Fans will still have the option to write in candidates if their favorite player isn’t listed on the ballot, but with only six slots available for fans to vote in their favorite players, chances are better that some of the neglected players, like Semin, will be included in the 36 players selected by the NHL Hockey Operations Department.

Still, this ballot seems to epitomize one of the glaring issues that fans have with the NHL right now. While the league manages to do something right, like change the format for the ASG to make it more like a Fantasy Draft and allow the NHL Hockey Operations Department to choose some of the players in order to cut down on “favorite” players being selected instead of players having actual All-Star seasons, the league then turns around and issues a list like this that has fans scratching their heads wondering, “what were they thinking?”

The 2011 NHL All-Star Game will take place at the home of the Carolina Hurricane at the RBC Center in Raleigh, N.C., on Sunday, Jan. 30, 2011. To kick off the All-Star weekend, the NHL will host a televised draft on Friday, Jan. 28, in which the two captains will make the selections to build their Fantasy All-Star teams.

The entire 2011 All-Star ballot can be viewed here. Who do you think should have been included on this year’s ballot? Who are you upset that the NHL included at another player’s expense?