Offense: The New Jersey Devils have always been a defensive minded team but with the retirement of head coach Jacque Lemaire, the team is trying to spark some play in the opponents zone. With forwards such as Zach Parise and Travis Zajac it should be relatively easy to do. Include the possibility of a free agent signing of superstar Ilya Kovalchuk and  gritty forward Jason Arnott and the team has two solid lines of offensive threat.

The problem though lies in the third and fourth lines. With the new NHL being as fast paced as it is, all four lines need to produce. With the loss of gritty forward Rob Niedermayer, unfortunately veteran Brian Rolston is really incapable of carrying the load. Expect a top heavy team of only two NHL lines. 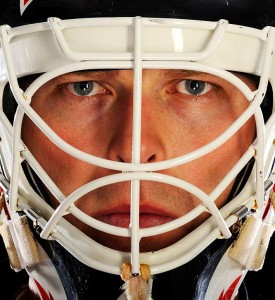 Goaltender Martin Brodeur is still the face of the franchise, yet with the lack of depth this season, don't expect the team to go far in the playoffs.

Defense: head coach Jacque Lemaire has retired and the defense that the Devils have been known for will go out the window. Well, perhaps not, as the team has picked up some quality defenders in Anton Volchenkov and Henrik Tallinder.

Much like the woes of the offense being only two lines, New Jersey will only have 1 defensive pairing worth while. Sure Andy Greene had a breakout year last season with 31 assists and 37 total points, but don’t expect that to happen again this year.

Goaltending: Is there really much to say besides the fact that goaltender Martin Brodeur is still unbelievably good at his age of 38? No, that just about sums it up really. The man is a beast, starting 76 games last season. Yet as some critics may say, all those games played during the regular season uses up just about everything come playoff time.

The Devils though may have come to their senses with the signing of Johan Hedberg. Hedberg comes in with a 2.93 goals against average and a .900 save percentage from a much lesser defensive minded team the Atlanta Thrashers.

Season Outlook: The New Jersey Devils are always a good team, as they need to be in one of the closest and toughest divisions within the East. The team though lacks the depth needed to really have a Stanley Cup run, especially if superstar Ilya Kovalchuk does not sign with the team. This late towards the start of the season, the Devils have put all their eggs in one basket and that is never a good thing. The major off season acquisitions are completed leaving a diluted free agency pool to fill the shoes of Kovalchuk, as if that is even possible.