The Detroit Red Wings should trade captain Nicklas Lidstrom. There. I said it. Now, before you go and call me a blasphemer and start setting up the logs beneath the stake, you need to hear me out.

Lidstrom currently makes a little less than $7.5 million a year and is scheduled to become an unrestricted free agent (UFA) at the end of this season. From interviews that I’ve read and from what I’ve been able to gather, Lidstrom and GM Ken Holland have yet to discuss a contract extension let alone Lidstrom even committing to playing hockey next season. Lidstrom has stated that he will make that decision at the end of the season after evaluating how he feels going forward with his career. Let’s not forget that Lidstrom is pushing 40 (his 40th 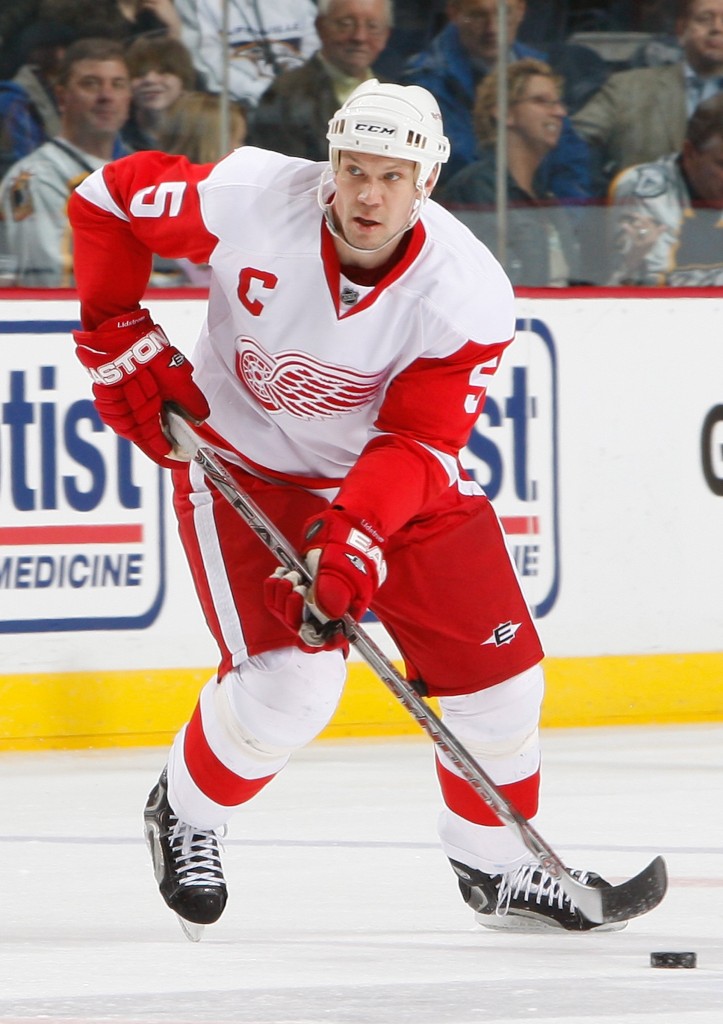 Let’s also not forget that the Red Wings have been, well, extremely mediocre for the entire season. They are barely clinging to a playoff spot in a very tightly contested Western Conference race that features a lot of very good teams. The streak of consecutive playoff appearances very well might end this season. That’s a reality that many Wings fans need to understand. Even the almighty Red Wings are not invincible to a salary cap. And like most teams in a salary cap era, when the trade deadline hits sometimes you need to unload assets in order to stockpile for your future.

Lidstrom is a highly coveted player and could easily improve both the defense and offense of any team. With him being a UFA, why not send out the feelers and see who bites? So here is part one of the plan in all it’s glory. Trade Lidstrom. In return, get back a high-end prospect or a few draft picks. Lidstrom, who has had a Hall-of-Fame career, deserves the chance to go to a contender and work toward a 5th Stanley Cup. Not to mention that any team would likely welcome him with open arms because of his defensive skill, his offensive prowess and his leadership ability. In exchange, the Wings get a talented prospect or maybe a few draft picks that we can use to develop the future of the organization. Or, in the best-case scenario, we get a roster player that can make an immediate impact for this team and help us regain our footing next season. I’d be happy getting a Dan Cleary-esque player and some draft picks in return for Lidstrom. Grinders help win Cups.

Part two of the plan? Because Lidstrom will be a UFA at season’s end, we can resign him in the offseason. Its a win-win for both parties. Captain Nick gets a chance at Cup number 5 and the Wings get some depth added to the organization. Plus, we see Lidstrom in a Red Wings uniform again next season.

Okay, we all know this scenario will likely not happen. If I had to put a percentage on it, I’d say there is about a 99 percent chance this will not materialize. First off, Lidstrom would have to waive his no-trade clause. Second, the Red Wings are too classy of an organization to consider such a scenario. Lidstrom himself would likely have to suggest the idea to management. Lastly, the Detroit Red Wings are the only team that Lidstrom has ever played for and, much like Steve Yzerman, both Lidstrom and the Red Wings would probably like to keep it that way.

Besides, initial reports indicate that the Red Wings might have as much as $10-15 million worth of wiggle room under the salary cap at season’s end. Granted, the team has nine UFA’s and four restricted free agents that they may need to resign, but some of those players will likely sign for less than they currently make. If Lidstrom returns, he will likely take a big pay cut. I can’t see him resigning anything more than a one or two-year deal worth $4 million a season. But I’d likely peg the figure closer to $3-3.5 million a season.

More than likely the Red Wings will not make a move at the trade deadline. They might need to make a minor move or two beforehand in order to clear some cap space before Johan Franzen returns from long-term injured reserve, but the moves will be rather inconsequential and done simply to create cap space. As for Lidstrom, the captain was drafted by the Red Wings and will likely retire as a Red Wing.