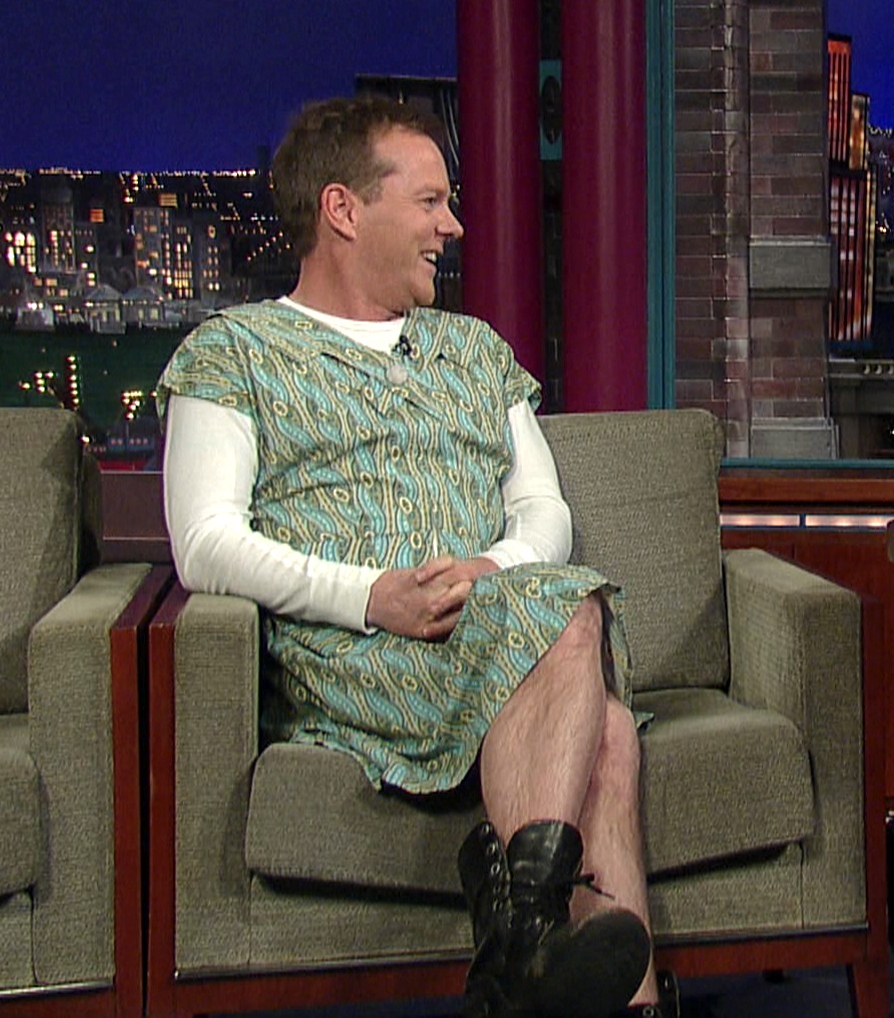 Actor Kiefer Sutherland has done a lot in his storied Hollywood career, but wearing a dress on national television certainly seems like a first.

Sutherland, who currently stars as action hero Jack Bauer on the hit television series 24, came out for his appearance on the Late Show with david Letterman sporting a green dress that looked more like wallpaper than an item of clothing. The reason for his ensamble?

“I lost a bet,” Sutherland admitted to Letterman at the start of the interview, stating that he bet that New England would win their NFL playoff game. And who did Sutherland lose the bet to? None other than former NHL All-Star and Stanley Cup winner Dave Andreychuck.

Andreychuck played in the NHL for 26 seasons and amassed 640 goals and 698 assists during his career. He won the Stanley Cup as captain of the Tampa Bay Lightning in 2003-04 after playing in the NHL for 22 seasons without winning a Cup. Subsequently, that victory would be the only Stanley Cup victory of his career. Andreychuck holds the record for most career power play goals with 270 and sits at 5th on the all-time games played list with 1,639.

Sutherland has also starred in movies such as The Three Musketeers, A Time to Kill, L.A. Confidential, A Few Good Men and Phone Booth. He is known to be a big hockey fan and even plays hockey himself. On Late Night with Jimmy Fallon a few weeks back, Sutherland spoke about how he played in a charity hockey game on the outdoor rink built at Fenway Park for the Winter Classic. The event was organized by former NHL superstar Cam Neely and fellow actor Dennis Leary and raised over $500,000. Sutherland is also close friends with former NHL great Wayne Gretzky.