In a related note to  Matt\’s previous post about goalie Cam Ward going down with a lacerated leg, it seems that the Carolina Hurricane are wasting no time in finding a suitable stand-in while Ward recovers. It was announced on Monday that 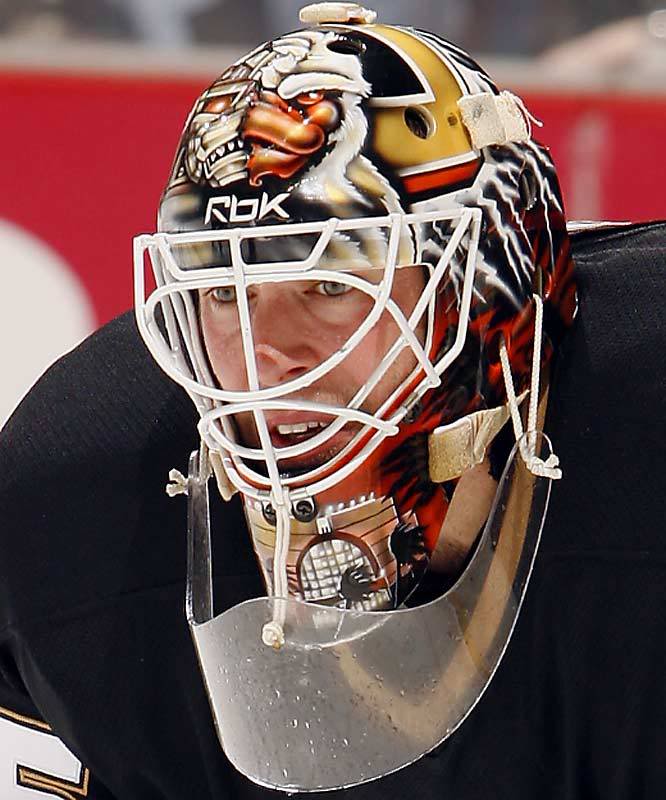 Carolina has come to terms with unemployed net-minder Manny Legace. The deal is a two-way contract that will pay legace $500,000 if he stays with the NHL club and $105,000 if he is sent down to the minors. The 36-year-old has a career goals against average of 2.38 and a save percentage of .912 along with 23 shutouts in 337 career games with Los Angeles, Detroit and St. Louis.

Early reports suggest that Ward will be out for three to four weeks.

Ward has struggled heavily in net this season for the ‘Canes. In 15 games started, Ward only has two wins and nine losses and a 2.97 goals against average. If nothing else, Legace should be a suitable replacement for Ward and may even have the capability to help turn this team around if he can display the same form he has shown in past seasons. If that does happen, Legace could help challenge Ward and help elevate his game with some friendly competition for playing time between the pipes.

Speaking of friendly competition between the pipes, J.S. Giguere of the Anaheim Ducks isn’t a fan. While speaking with the L.A. Daily News, the 32-year-old Giguere expressed dissatisfaction with the idea of being a backup to Jonas Hiller, who has started the last six games for the Ducks withe Giguere has been out with an injury.

“I’d rather retire than be a backup goalie,” Giguere said. “Something needs to happen. You get a guy like (Hiller) that’s going to be a free agent at the end of the year and myself, making the money I’m making, either I’m leaving or he’s leaving.”

Giguere added, “I want to play; that’s when I have fun. Right now, this is not fun.”

Hiller all but overtook the starting job last season when Giguere missed time dealing with injuries and personal issues. Hiller backstopped the Ducks during the playoffs and almost stole the semi-finals from the Detroit Red Wings. The Ducks ended up losing in a seven game battle with the Wings. He posted a 2.23 goals against average and a .943 save percentage in 13 playoff games. The 27-year-old also had 2 shutouts.

This isn’t the first time that a backup goaltender has challenged Giguere for the top spot. A few years ago, Ilya Bryzgalov made a name for himself in Anaheim with some stellar performances, even helping the Ducks defeat the Red Wings in the 2007 Conference Finals en route to the Ducks becoming Stanley Cup Champions. But with Giguere locked up for several more years and Jonas Hiller coming over from Switzerland at the time, GM Brian Burke was forced to try to trade Bryzgalov. Eventually Bryzgalov was waived and picked up by the Phoenix Coyotes.

Either goalie could become expandable at the end of the season, especially if the Ducks’ terrible start continues through the season. However, Giguere’s hefty $6.5 million salary ($13 million over the next two seasons) would be tough to move in a trade. Hiller currently makes $1.3 million but is in the final year of his deal and probably due for a raise, not to mention the guarentee of a starting job. No matter what Giguere wants, it seems as if a good ole fashioned goalie duel is brewing in Anaheim.