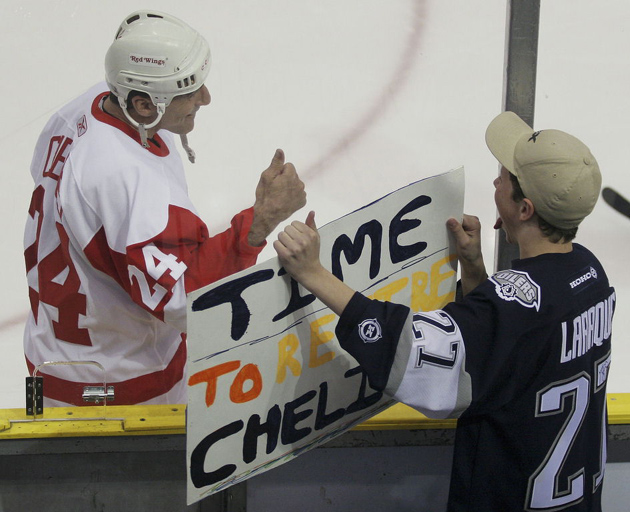 Many fans have heckled Chris Chelios about retiring. The 47 year old is still in excellent shape and could add some veteran presence to any team if given the opportunity.

Chelios began his career in 1983 with the Montreal Canadiens and played 7 seasons with the team. He later signed with the Chicago Blackhawks and contributed 9 seasons between the years of 1990 and 1999. Last season, and 10 seasons in total, Chelios played for the Detroit Red Wings.

Chelios perhaps is most notably associated with the Chicago Blackhawks, and only seems fitting that he return to the city.  He is expected to play this upcoming Monday with the Wolves, and possibly could be offered a spot on the roster after the team returns from a Canadien road trip, a team spokesman has said.