Don't Miss
Home / News / No Love between Montreal and Toronto

No Love between Montreal and Toronto 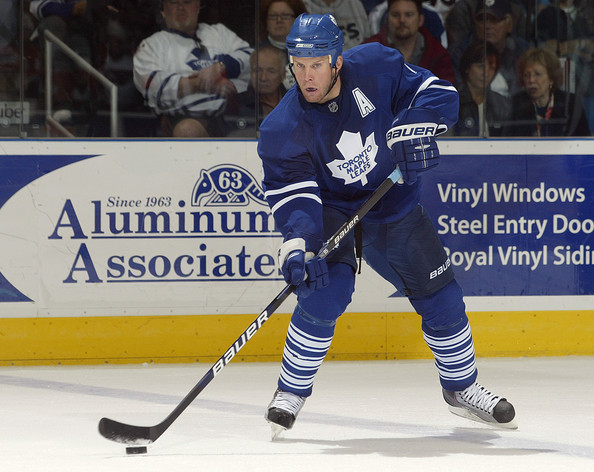 Last night was the first couple games of the NHL 2009 – 2010 season. The cool air of the rink, the grinding of skates, body checks, chatter between players, fights, goals, saves, everything is back into full swing.

The Montreal Canadiens took to the ice in the Air Canada Centre against the home team of the Toronto Maple Leafs. The game got off to a spirited start, as heavyweights Colton Orr (Tor) dropped the gloves against Georges Laraque (Mon). Two more fights would take place throughout the game, 1 more in the first, and ending in the third as Mike Komisarek (Tor) more or less wrestled with Travis Moen (Mon). This happened to be Komisarek’s first game in the Toronto jersey, also his first game against his former team of the Montreal Canadiens.

Scoring wise the game was tit for tat. Each of the 3 periods had a goal a piece from each team.

Montreal opened up with a power play goal from Brian Gionta, assisted by Michael Cammalleri and Tomas Plekanec.  A few minutes later Toronto answered right back, a turnover in the Canadiens end led to Alexei Ponakarovsky finding the net with help from Mikhail Grabovski and Niklas Hagman.

Third was the same outcome but only one exception, the Maple Leaf’s took the lead for the first time in the game. Matt Stajan netted his second goal of the game on a 5 on 3 power play from Jason Blake and Viktor Stalberg. With just under 5 minutes to go, Montreal tied it up as Glen Metropolit got his second point of the game on the power play. Josh gorges and Paula Mara with the assists.

The game ended in overtime. With only 13 second left in the game Cammalleri faked  a shot at the blueline, walked around the defender and shot to the right of Toskala. The save was made but the rebound was buried by Josh Gorges. Tomas Plekanec also assisted on the play.

The game was physical all throughout. Toronto, under new General Manager Brian Burke, has added the much needed sand paper to the lineup of the bottom ranking Leafs. The Leafs look like their new focus will be one game at a time, playing with a lot of heart and grit, and leaving everything on the rink. A concern for Toronto fans will be the unneeded penalties. Montreal’s 2 of their 3 goals in regulation were on the power play. Komisarek had 15 penalty minutes, with one of them leading to the game tieing goal in the third period.