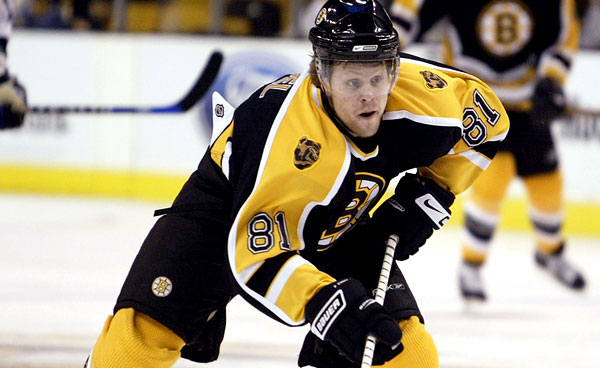 TSN.ca is reporting that the Toronto Maple Leafs are close to acquiring forward Phil Kessel from the Boston Bruins and are awaiting Kessel’s approval of the contract to make the deal official. The Leafs have not officially commented on the status of the report at this time.

Initial rumors surfaced last week about a possible deal when Leafs GM Brian Burke traded for draft picks that would put him in position to acquire the restricted free agent from the Boston Bruins if they were to put in an offer sheet on Kessel. Although no offer sheet has been submitted, TSN is reporting that the Leafs are in negotiations to trade for Kessel, which hinges on the Leafs and Kessel agreeing to a contract. If Kessel agrees, the deal will go through.

The 21-year-old was reportedly seeking a contract in the range of $4-5 million per season. With the Bruins being tight up against the cap, there was no chance that they would be able to offer a contract that substantial to Kessel. In fact, both Kessel and the Bruins have admitted that there has been little in the way of contract negotiations due to the Bruins’ cap crunch and Kessel’s high asking price.

In three seasons with the Bruins, Kessel registered two 30-goal seasons and amassed 85 goals and 60 assists in 222 games. Kessel also finished his 2008-09 campaign with the Bruins with a plus/minus of plus-23.

The Leafs made several acquisitions over the summer to make themselves much tougher to play against. They brought in proven tough-guy Colton Orr and also picked up free agent defensemen Mike Komisarek and Francois Beauchemin. Kessel will undoubetdly be a vital part of their offense this season, and for years to come, as the Leafs continue to build from the ground up.

Last season, forward Jason Blake lead the pack in Toronto with 25 goals and 38 assists. Five players from the Leafs roster chipped in 20 or more goals last year, but none reached above the 30-goal mark. It will be interesting to see how Kessel fits into the mold in Toronto where he very well may be called upon to be their key offensive threat. Kessel enjoyed a 30 goal campaign last season, but that was with a very generous Bruins roster that liked to distribute the scoring wealth. Kessel very well could immediately take on the superstar role in Toronto and improve on his 30-goal total from last season, but Kessel could also crack under the pressure in the Toronto spotlight where he doesn’t have a whole lot of offensive help.

Fantasy outlook? Be cautious of taking Kessel too high in your fantasy draft or of making a quick move to secure him because of this trade. Coming into his forth year as a NHL pro, Kessel will probably enjoy a considerable amount of success in Toronto, but the team still has many holes to fill on offense. Again, Kessel played with a very generous Bruins team last season, but that supporting cast is gone now. Expect more of the same from Kessel, if not a slight improvement with more playing time, but expect his plus/minus to dip down into the single digits with this move. Still, Kessel might be a valuable addition to the mid-tier of your roster with another 60-point campaign.