The New York Rangers made several bold off-season moves that could only be taken to mean “We want the Cup and we’d prefer it sooner rather than later.” By shipping off highly paid, underachieving forward Scott Gomez to Montreal, the Rangers were able to free up cap space to add more offensive depth to their lineup to help compliment head-strong goaltender Henrik Lundqvist to create a winning foundation.

Come time to drop the puck in October, the Rangers very well could boast one of the best offensive lines in the NHL with Chris Drury centering Vaclav Prospal and Marian Gaborik, both of whom came on as free age 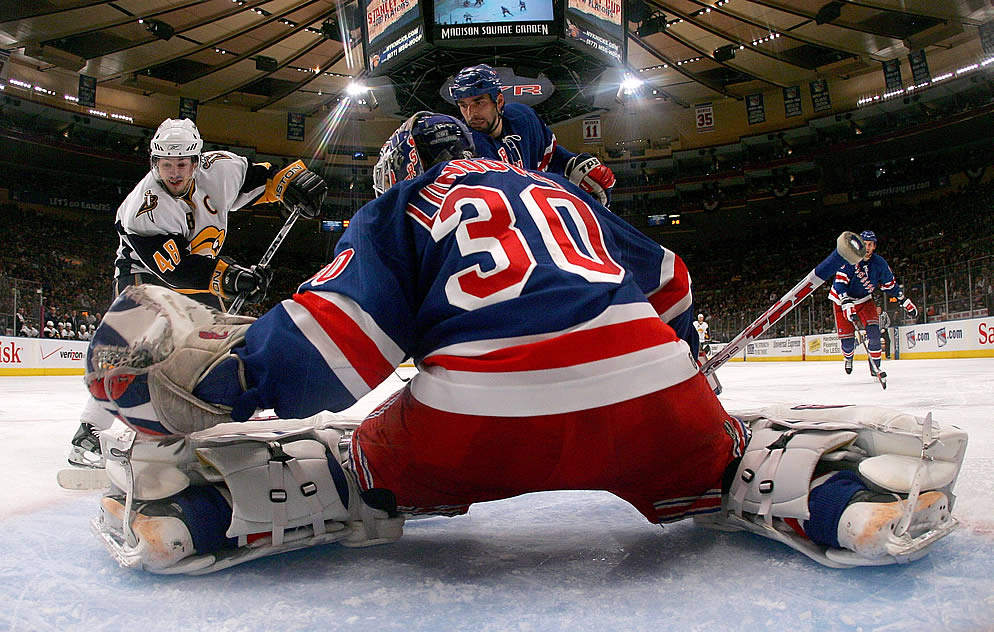 nts over the summer. Gaborik is more than capable of producing point-per-game numbers. In 2007-08, the star right wing netted 42 goals for 83 points in 77 games. Last year, however, Gaborik only dressed for 17 games but still managed 13 goals and 10 assists. Obviously health is an issue with Gaborik, who has not once dressed for all 82 games in a single season. If he does stay healthy, the 27-year-old could certainly manage point production well into the 90s. Prospal, at 34 years of age, should still have a few good years in him. Also, by signing with the Rangers, Prospal has reunited with former Tampa Bay coach John Tortorella, who should be able to help Prospal find his touch again after a sluggish 2008-09 campaign with the Bolts. When he’s playing to his full potential, Prospal is good for anywhere between 50 and 80 points. The depth provided by these players, and other free agent additions such as Chris Higgins and Ales Kotalik, should certainly provide the Rangers with a more potent offense.

Coming into this season, the biggest concern is health. The Rangers took a gamble on Gaborik to stay healthy and produce offensively.  Gaborik does the team no good sitting in the press box. A young defense is also a question mark. Besides veteran defenseman Wade Redden and Michal Rozsival, most of the Rangers defense is in their mid-twenties with little post-season experience. It will be interesting to see how these players step up when the time comes.

Keep an eye on the often-troubled Sean Avery this season. The Rangers seem to thrive with Avery in the line-up, but it remains to be seen if any coach can control Avery both on and off the ice. Remember his antics in Dallas? Rumors circulated for a long time that he was like a cancer in the Dallas dressing room. But if Avery can keep his mouth shut and play hockey, he is an effective part of the Rangers roster. Young defenseman Marc Staal is another one to watch out for in his third NHL season. Staal is very effective in the defensive zone with his long reach and active stick, but could work on using his big 6’4 frame a bit more on his way to becoming a shutdown defenseman.

The foundation is there for the Rangers to compete in a very volatile Eastern Conference, but a few unhealthy cracks could easily sink this team toward the bottom of the playoff standings.