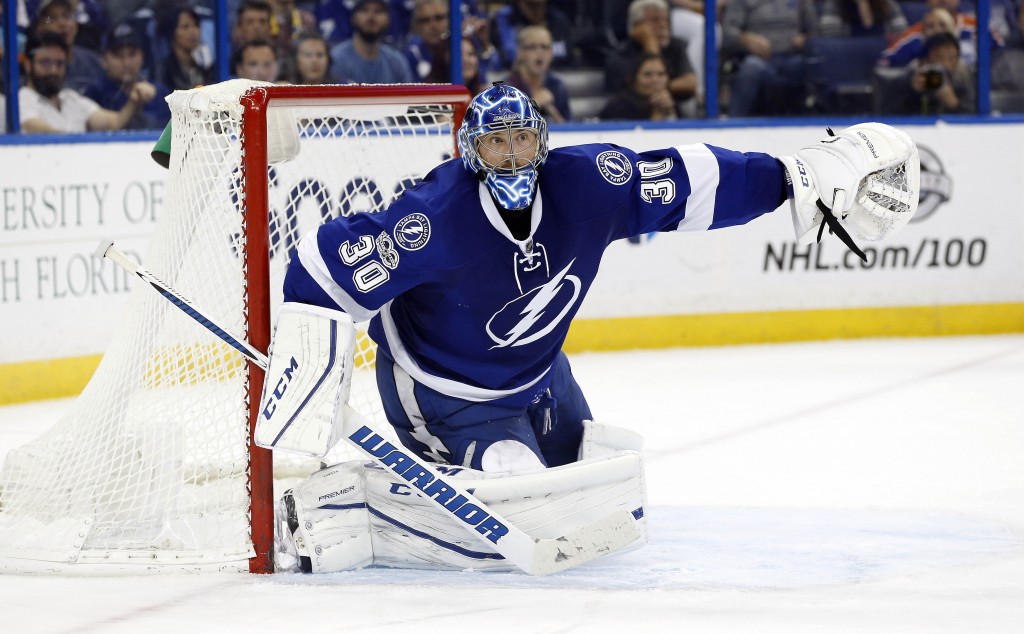 The Tampa Bay Lightning traded goaltender Ben Bishop and a fifth-round draft pick in this year’s NHL Entry Draft to the Los Angeles Kings Sunday night in exchange for backup goalie Peter Budaj, defenseman prospect Erik Cernak and a seventh-round pick. Tampa Bay gets a conditional pick, up to a second rounder, depending on Bishop and the Kings’ performance.

Bishop is scheduled to become an unrestricted free agent this summer, which caused speculation that the team would move him at the deadline to avoid losing him for nothing during free agency. Moving Bishop also opens up space for Andrei Vasilevskiy, a higly touted Russian goaltender, to take over in net for Tampa Bay.

“Our plan was that at some point we were going to turn over the starting goaltending duties to Andrei,” Yzerman said. “Ultimately the timing of the trade really is based on that we’re able to acquire a goaltender that can go in play games for us and help us win games this year. And Andrei will play a bigger load of games than he has.”

“It’s not just about this year, it’s about next year. And we’re going to continue to try to win games and try to get a playoff spot.”

For LA, the move will alleviate some of the workload from goaltender Jonathan Quick, who returned Saturday after a 59-game absence.

“This is not an insurance policy,” said Kings General Manager Dean Lombardi. “It is a way that we think to make sure that Jon is broken in properly, and make sure we’re in position to win every game down the stretch. Let’s face it, there’s not a lot of room for error…and we want to make sure we have a No. 1 goalie in there every night.”

Bishop was 16-12-3 with a 2.55 GAA and a .911 save percentage this season with the Lightning, while Vasilevskiy is 11-13-5 with a 2.81 GAA. But Andrei Vasilevskiy has been the Lightning’s goalie of the future for the past several seasons, and the 22-year-old Russian is expected to be protected by Tampa Bay in the expansion draft.

Of the acquisition of Cernak, 19, Yzerman said, “He’s big, strong, a good skater, a good strong defender. With our depth chart and prospect pool, he fits in. We’re very optimistic that with time he can develop into an NHL player.”

The 6-foot-3, 221 pound right-shot defenseman is currently playing in the OHL. He has three goals and 14 assists in 40 games.