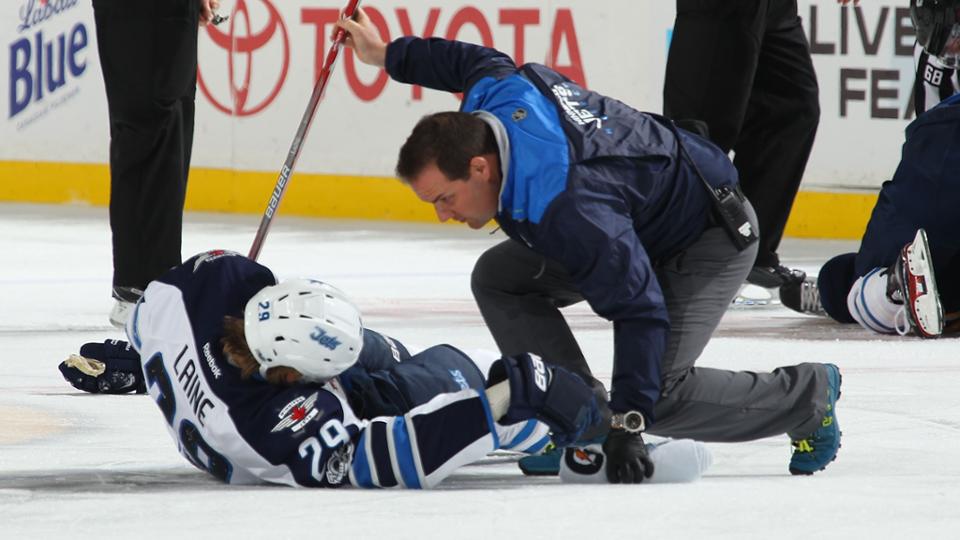 The hit took place midway through the third period with the game tied at 3 a piece. As he moved through center ice on the breakout, Laine took a pass from teammate Mark Scheifele and was immediately stood up by McCabe. Scheifele went after McCabe and a brief scrum ensued while remained on the ice until trainers could help him to the locker room.

Several players from both sides came out after the game and asserted that McCabe delivered a clean hit, while also offering hope for the best possible outcome for Laine.

“It looked OK,” Jets captain Blake Wheeler said. “Caught him in a bad spot and, like I said, hoping for the best.”

“As clean as you can get,” Sabres forward Brian Gionta said. “Obviously you don’t want to see anyone get hurt. I don’t care if he’s on your team or not.”

Gionta went on to score the game-winning goal for Buffalo 4:03 later.

“It’s our best player, arguably,” Jets forward Drew Stafford said. “So it’s not good any time you see a guy in that kind of a position on the ice with his helmet and the way he was. I’ve been there before, it’s not a good feeling. I just hope Patty’s OK. It’s just unfortunate.”