We’re four days into free agent and many teams have started to formulate their roster of new players. For many players without a contract, they are still looking for a new team. Here are six players teams should look into in the coming days and weeks before the new season begins.

Left Wing: Jimmy Vesey
The top free agent player has yet to play a shift in the show. Why is the 2016 Hobey Baker winner a free agent? Because he was drafted by Nashville in the 2012 Draft (3rd Rd- 76th Overall) but didn’t sign a contract. He’s taking advantage of a clause in the CBA that allows an NCAA player to become a free agent if the team that drafts him doesn’t sign him within four years. His rights were traded to Buffalo at the Draft but Vesey is holding out until August 15 to become a true free agent. The Sabres do have exclusive rights to sign him until then, but it’s likely he’s going to hit the open market to the highest bidder. Way to use that Harvard education! 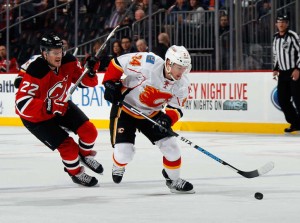 Center: Brad Richards
Centers are a scarce source now, with many good centers being gobbled up in the first couple days of July. Richards, 36, still has a couple productive years left despite having a career-low year in many statistical categories with Detroit. His numbers of 10-18 – 28 in 68 games were lower than his production in the shortened 2013 season (11-23 – 34 in 46GP) . It just wasn’t a fit for him but that shouldn’t detour teams from taking a flyer on him.

Right Wing: Jiri Hudler
He scored half as many goals in 2016 (16) than his 31-goal output in 2014-15. Similar to Richards, Florida just wasn’t a good fit for him and Calgary was awful. He may not have the best ammo for a top-six contract but he could still be a top-six forward on many teams in the league. He would be a good fit on a young team that needs veteran presence on offense while sacrificing physicality due to Hudler’s lack of size.

Defense: Dennis Seidenberg and Justin Schultz
Seidenberg wasn’t needed for his offense in Boston. He’s not someone you’re going to depend on for scoring and offense, but he’s still a productive player who can average 20 minutes a night. He’s going to have a chance to have a tryout on the big stage at the World Cup as he’ll suit up for Team Europe.

Schultz, like Vesey, took advantage of the drafted-but-not-signed clause in 2012 and went from Anaheim to Edmonton. He had some good seasons with the Oilers but he was shipped to Pittsburgh at the trade deadline. He got a Stanley Cup and 15 playoff games under his belt, so he could be attractive to teams want a solid offensive defenseman.

Goalie: Jhonas Enroth
If you need a backup goalie, I’d take Enroth over Karri Ramo. He hasn’t seen significant ice time he left Buffalo, as he was mostly utilized as a backup in Dallas and Los Angeles. The pro with Enroth is that he has the potential to get hot and steal the starters job from someone who is injured or struggling. The con is that Enroth can get the job taken away from him just as quickly as he takes it.