NBCSN to Broadcast Every USA Game at Worlds

If the Stanley Cup Playoffs isn’t enough hockey for you, then you’re in luck. For the fifth straight year, NBCSN is showing the IIHF World Championship tournament. And this year, they are going all-in with presenting every United States Men’s National Team game from Prague and Ostrava, Czech Republic beginning Friday.

“As the U.S. television home of hockey, we’re thrilled to present comprehensive coverage for the fifth consecutive year of IIHF World Hockey Championship, the sport’s premier annual international tournament,” said Jon Miller, President, Programming, NBC Sports and NBCSN. “The World Championship is another example of our commitment to hockey, from our near-200 games of regular-season and Stanley Cup Playoff coverage, to our presentations of international hockey at the Olympic, Paralympic and Championship levels.”

Five of their seven Group B games will air live, while two will be on a same-day delay. The tape delayed games are Saturday vs Norway and May 10 vs Slovenia. The Norway game will air at 11:00 p.m. ET and the Slovenia game will air at 3:00 p.m. ET.

The USA schedule is as follows (Times listed as ET): 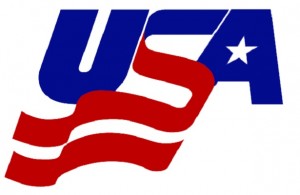 Should they advance to the quarterfinal round, those games will take place Thursday, May 14. Whether or not it’s on TV will depend on the time slot the Americans are placed in. If they play at 9:00 a.m. ET it will be shown on NBCSN. The following game at 11:30 a.m. ET will be shown in progress. For those with the NBC Sports Live Extra app, they can enjoy games at 10:00 a.m., 1:00 p.m. and 2:00 p.m. ET live. There will be one quarterfinal shown on a delay, and that will be shown at 11:30 p.m. Thursday night.