Maine Black Bears forward Devin Shore became the first college hockey player this season to turn pro after signing with the Dallas Stars, the team that drafted Shore in the second round of the NHL Entry Draft in 2012.

The move came almost immediately after the Black Bears lost to Vermont on Sunday in Game 3 of their Hockey East First Round playoff series.

Shore, a junior at Maine, led the team in scoring in each of his three seasons. He served as an alternate captain as a sophomore last season and was given the “C” this season, where he scored 14 goals and tallied 21 assists for 35 points in 39 games played. In all, Shore finished his collegiate career with the Black Bears with 104 points in 112 games.

Shore is expected to join Dallas’ American Hockey League affiliate, the Texas Stars, in Cedar Park, Texas. Despite being the defending 2014 Calder Cup Champions, the Texas Stars are currently in ninth place in the American Hockey League’s Western Conference and on the verge of missing the playoffs. The team’s last game of the regular season takes place on April 18 against San Antonio. 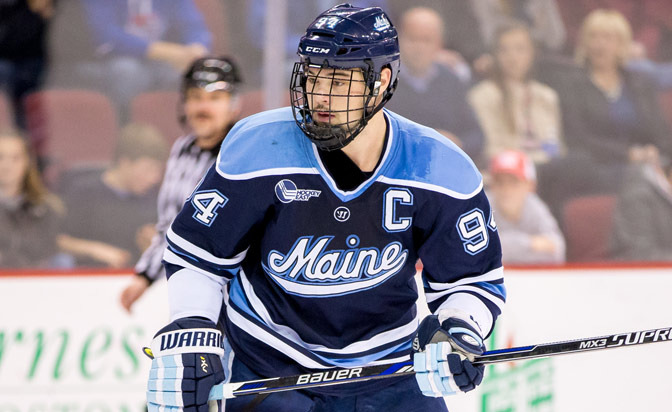