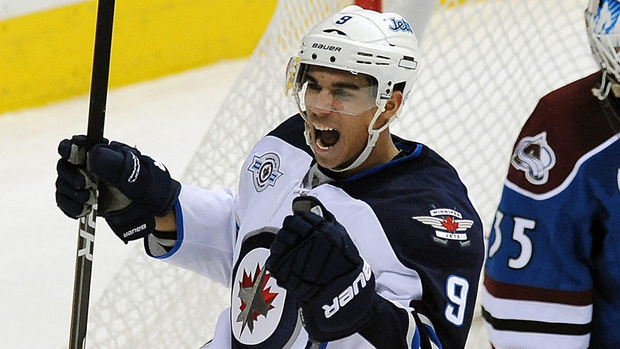 Evander Kane is still a Jet, for the time being.

Kane has been the subject of trade speculation off and on for several seasons, and his recent comments to the media helped fuel speculation that Kane wants out of Winnipeg.

“Well, I think I’m a Winnipeg Jet right now,” Kane said in a recent interview. “And, you know, there’s been speculation and rumors the three years since I got there. So we’ll see what happens and we’ll carry on as if I’m a Winnipeg Jet.”

The speculation over what Kane’s comments could mean for the budding star forced Winnipeg Jets general manager Kevin Cheveldayoff to sound off on the issue and his take on Kane’s comments.

Cheveldayoff went on to call Kane a “professional” and said he expects him to be at the peak of his performance when training camp rolls around in the fall.

Kane, 22, has soent his entire NHL caree with the Winnipeg/Atlanta franchise. He signed a six-year, $31.5 million contract with the Jets in 2012. He scored 19 goals and added 22 assists in 63 games last season.