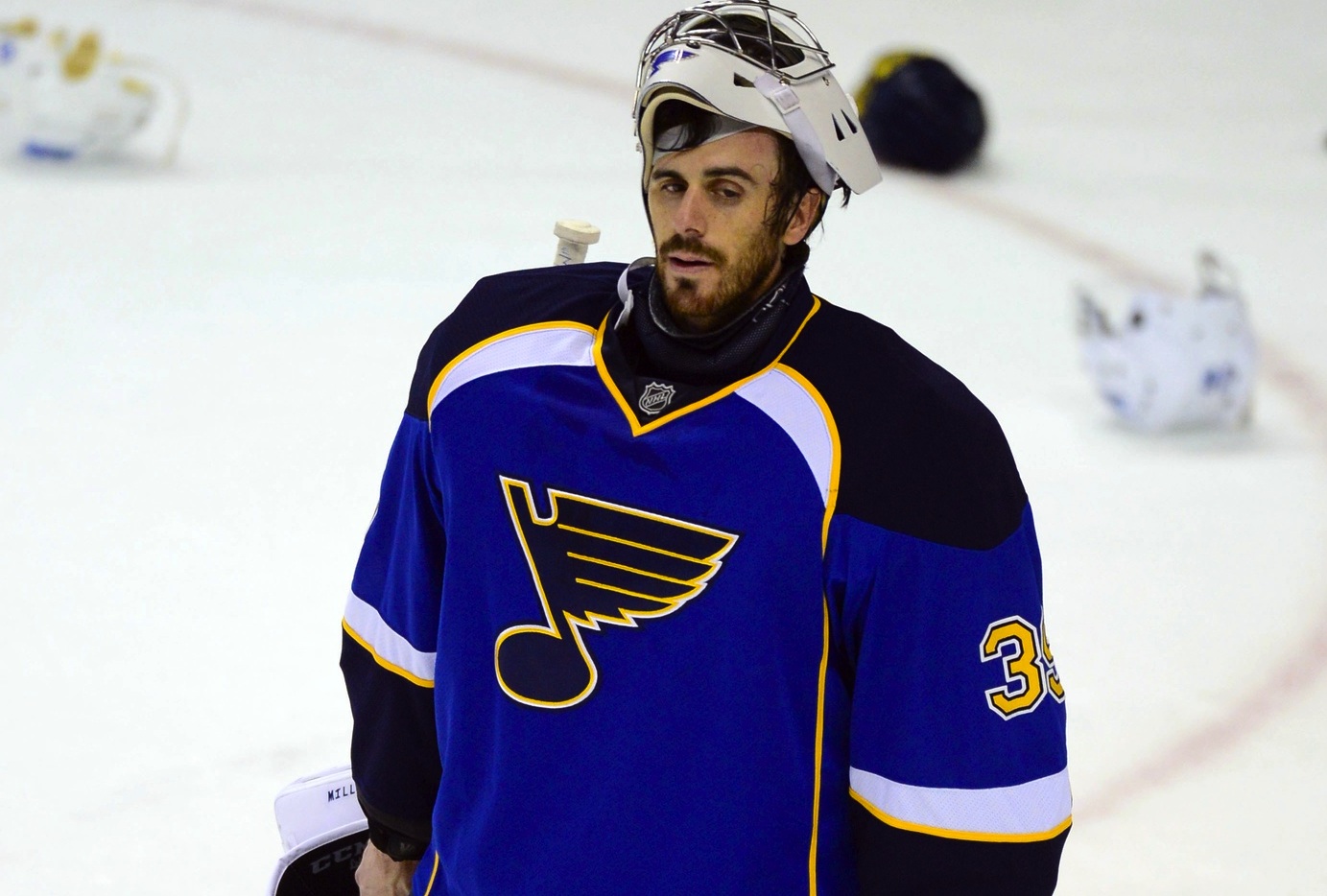 Goaltender Ryan Miller will hit free agency for the first time in his career this summer, and when he begins vetting potential teams in late June, he knows what he’s looking for: A Stanley Cup contender.

Miller will become a free agent after a brief stint with the St. Louis Blues, who acquired him from the Buffalo Sabres at the trade deadline. Miller’s poor performance in the playoffs is largely seen as one of the main reasons for the Blues’ postseason failure.

Word surfaced last week from Miller’s agent that the 33-year-old netminder wants to win a Stanley Cup, which will weigh heavily in his decision on where he eventually signs this summer. This could create a lot of interesting scenarios for Miller this summer, and also means that the highest bidder may not be the one who Miller reports to next season. The ability for a team to woo Miller and convince them of their long-term game plan in the week leading up to free agency will be critical for teams.

The Vancouver Canucks seem to be the leading contender for Miller in the rumor mill right now. The team typically emerges as a perennial contender for the Cup, although shake-ups in management and heavy rumors that the team is fielding offers for center Ryan Kesler could make Miller think twice about going to Vancouver until he is certain the direction the team is headed in.

The Pittsburgh Penguins could be an interesting option for Miller. Despite having a pretty good postseason this year, Marc-Andrey Fluery has been inconsistent as best in the playoffs since winning the Stanley Cup in 2009. After letting go of general manager Ray Shero, the team is looking to re-tool and create a dynasty contender around Sidney Crosby and Evgeni Malkin. The aforementioned Kesler has been linked with Pittsburgh previously. Could Penguins management try to send Fluery to Vancouver for Kesler and bring in Miller to fill the void?

Dallas could get in on the hunt for Miller as well. The Stars are certainly a team whose stock is rising, and they are looking to be aggressive and become a contender quickly – as proven by the Tyler Seguin trade last summer. They will likely take the same approach this summer and Miller could be a vital component for their plans.

Two interesting longshot players in the Miller sweepstakes could be the San Jose Sharks and the Detroit Red Wings. After an incredibly disappointing first round exit this summer, the Sharks are looking to re-tool. Antti Niemi sported a 3.74 goals against average along with a .884 save percentage. The team could certainly view Miller as an upgrade after numerous disappointing playoff exits over the past few season.

Meanwhile, the Red Wings present an interesting option mostly because Miller is from Michigan, and the Red Wings love their hometown players. Add in the fact that Ryan’s brother Drew plays for the Wings and things get interesting. The team believes they can win with Jimmy Howard, and Howard’s 2.02 goals against average and .931 save percentage this post season are incredibly respectable. While fans may disagree with the team’s assessment of Howard, he looks like the go-to goalie for the near future. But, while Miller may not want to be relegated to back-up duty, the team could offer him a spot behind Howard if they decide not to re-sign injury prone Jonas Gustavsson.

The Anaheim Ducks and Minnesota Wild also present two distinct possibilities for Miller. In both cities, their current goalies – Jonas Hiller and Ilya Bryzgalov respectively – are free agents at the end of the season. Both had decent numbers with their respective clubs in the postseason, and it will be interesting to see if either pursues Miller as a potential upgrade in net.