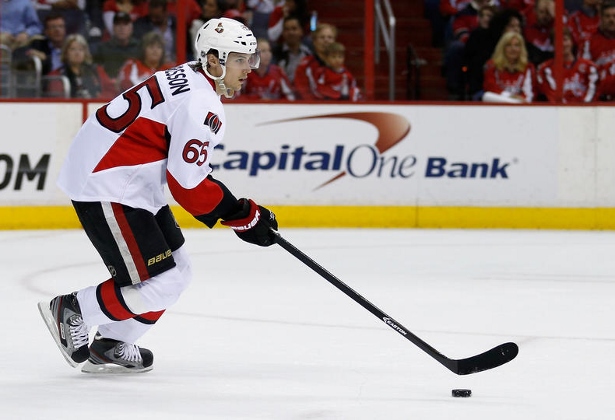 The Ottawa Senators, needing one win out of their final three remaining games, after losing two in a row, beat the streaking Washington Capitals to clinch a playoff berth.

The Senators have had an up and down season this year, primarily due to injuries. Jason Spezza is still out after back surgery, only playing five games this season. Goalie Craig Anderson missed 18 games with a sprained ankle, and perhaps the most notable of all injuries, star defensman Erik Karlsson had his Achilles sliced. That was 10 weeks ago.

Surprisingly, a diagnosis that was expected to take 4 – 6 months for Karlsson to heal, saw him fit to return to the lineup last night. Karlsson’s return helped the Senators beat the Washington Capitals 2 – 1.

Many fans, including myself, have questioned if this was the right move. How in the world could Karlsson have his Achilles tendon cut, and in such a short time, not only be healed, but be healed enough to skate? Skating is no walk in the park, it is tough, with stopping and going, and needing to be agile at any given second. Still, to everyone’s surprise, and perhaps even the medical community, not only did Karlsson return and survive the rigors of hockey, he logged 27:11 of ice-time; the most mount of minutes played by a single player on either team.

No one knows how he has done it, whether it is an act of a superhuman, the expertise of the doctors, or some may even question, with the help of drugs. Regardless of whatever it is, Karlsson’s return was the much needed lift to put the Ottawa senators in the playoffs. He is healed, he logged a ton of minutes, and he assisted on both of the Senator’s goals. As a fan, I hope he is fully healed, and the Senators, like all teams, play hard and put on a good show come playoffs, without any injuries.