While I preface that this piece is indeed slightly biased, I still hold that readers should take heed to not bet on the Boston Bruins going far come playoffs.

The story begins before the season started. I, a homegrown Detroit Red Wings fan, bet my friend, a Montreal “who likes that team really” Canadiens fan, that my team would end the regular season better than his. While I will claim that the Red Wings have suffered injuries, travel more than most teams, and that the stars are aligned funny this year as the root of the Wings’ woes, whether I like it or not, the Habs have been the better team this year. Seeing my hopes all but diminished that the Wings will go on an unbeaten streak while the Habs go winless for the remainder of the season, I did what any sensible man would do, I made another bet.

The stage was set near the end of March where the Canadiens had a back-to-back set of road games. First, they visited the dominant Pittsburgh Penguins, followed by the Boston Bruins. A vision came to me, perhaps a plea to my pride, and so I proposed the bet that the Habs would lose both of the games. My friend, of course, accepted the bet with the loser buying a beer.

Now, I know what you may be thinking, that losing back-to-back games is not unlikely, but the possibility was not all that great considering the Habs were leading the Northeast Division at the time. However, they faced a Pittsburgh Penguins team who were on a winning streak and a Bruins team who were only a few points back in a rivalry game. The odds were in my favor…

In a nail-biter of a game, Sidney Crosby had the first goal in the second period, and Marc-Andre Fleury who started the game, sat the third period after sustaining a collision in the second period. Those Habs are dirty. With neither team scoring after Crosby, the Penguins edged out the Habs in a 1-0 win. 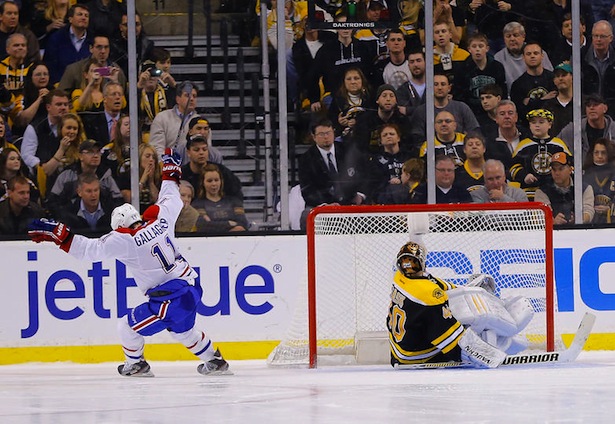 With one game under the belt and one more to go, victory was in my grasp. The Canadiens traveled the next night to Boston, a team that was only 1-point behind for the Northeast Division lead.

The Bruins got off to a bad start, letting a goal in the first and another one just a few minutes into the second. This is not how I envisioned the game going, but the Bruins bounced back. Scoring four unanswered goals, the Bruins took a 4 – 2 lead going into the third period. This is where the gloves came off, and the pesky Canadiens wouldn’t back down.

The overtime got under way, not much happening. As if my prayer was heard from above, the Canadiens took a penalty with a 1:20 remaining. Sadly, I was tricked from below, as the Bruins lacked the heart as players stopped skating, going for pucks, and the play ended to be decided by a shootout. Going six rounds into the shootout, Brendan Gallagher of the Canadiens had the loan goal, costing me a beer.

While this may have only been one game for the Boston Bruins, in their six combined meetings against the Pittsburgh Penguins and the Montreal Canadiens, teams that they need to be able to beat if they want to go far in the playoffs, they are 1 – 5; the lone win came from a February 6th meeting with the Montreal Canadiens. The combined goals were 14 for and 18 goals against. A stat, that may look good for the offense, shows holes in their defense. In Divisional rivals, and games that could mean the difference between home ice advantage by taking the Division lead, the Bruins do not have what it takes. Add that they have been having injuries as of late, Patrice Bergeron and Brad Marchand, on top of missing Marc Savard since January 15th with post-concussion syndrome, don’t put your money on the B’s come playoff time. When it matters, they do not show up, and you do not want to be the one paying up.