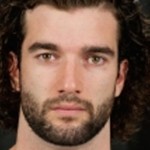 A night out at a San Antonio bar didn’t end the way Scott Timmins would have liked. According to Pro Hockey Talk, Timmins was found in the home of Benjamin Garza sitting on the couch. It was Garza’s wife who found the San Antonio Rampage player. His wife rushed family out the back door and immediately dialed 9-1-1 before dialing her husband who wasn’t home at the time. During their confrontation, Timmins asked ‘What are you doing in my house?” before the wife said, ‘You need to get the hell out of here.”

According to the police report, Timmins, 23, was at the Hangar on Broadway with friends from the team. He was so heavily intoxicated that couldn’t remember how he entered the home in the first place or hold his balance. When Benjamin Garza arrived, he let Timmins know he was very lucky he wasn’t the one to have found him. “You’re lucky I wasn’t here because I would’ve put a bullet between your eyes and it would’ve been over for you,” he said. He went on to add that Timmins should pay for traumatizing his family the way he did.

Police said he also stated that he didn’t mean any harm to the those in Garza’s home. The Rampage and Panthers have declined comment.

Timmins was drafted in the sixth round (165th overall) in 2009 by the Panthers. He’s played in one game for Florida in 2013 and 19 more in 2010-11. This season for the Rampage, he has appeared in 50 games and scored nine goals along with seven assists.

Here is a video of the incident from KENS5-TV.