Miken Hockey is preparing for the upcoming release of their latest product, the Miken Zero Limit hockey stick.

Featuring a new flex profile from Miken, the Zero Limit stick will be most stiff in the middle. This is different from the Razor Z9, which featured a stiffer lower portion of the shaft.

The Zero Limit stick is designed to be well balanced, but will shift more towards the side of being blade light as the optimal balance point sits between the the 29-30″ mark of the stick. Overall, it will be incredibly light as well, weighing in at 435 grams. According to Miken, the Zero Limit stick has been “optimized to consistently deliver your most powerful and accurate shot.”

Additionally, the Miken Zero Limit stick will feature perimeter blade reinforcement blade stiffness which will counter against blade torsion and help to keep feel at a premium. A unique compression molding process is also used to improve the shaft walls and maintain weight consistency throughout.

Of course the Zero Limit stick is made from the highest grade carbon fiber currently utilized in sports equipment, z1000 carbon fiber, which Miken says has strength and modulus which exceeds that of any other composite stick on the market.

David Booth, the face of Miken Hockey, was seen using the new Zero Limit stick during the Stanley Cup Playoffs. Do you think you’ll pick up one of these new Miken sticks when they’re released? We will have the opportunity to review one for ourselves soon, but for now take a look at the picture below and let us know your thoughts in the comments. 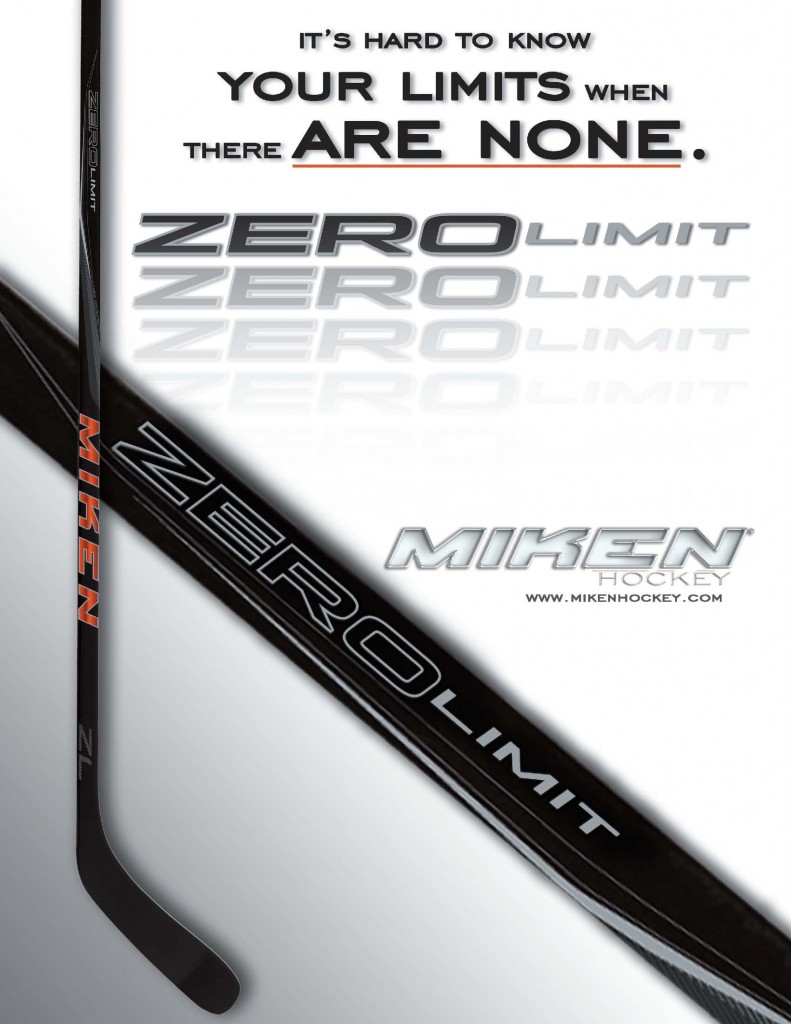