The twisted shaft on the Salming WRTX stick is said to transfer the energy from a shot or a pass down through the shaft quicker than on traditional shafts. Salming claims this effect will give the player a harder and faster shot.

The Salming WRTX’s twisted shaft will also increase torsion, which will help with the sticks durability. The increased torsion is said to prevent the stick from getting soft as quick as other sticks.

It’s hard to say how much a concept like this will actually help with your shot, and how much of it is just a cool new concept surrounded by marketing fluff. Hopefully Salming has given this concept its fair share of R&D time and it will back up the claims they have made.

While we’re not getting our hopes up for anything special with this stick, the concept is fresh and interesting. Hopefully we’ll have the opportunity to test one out and give some feedback on it.

For now, take a look at the Salming WRTX stick below and let us know what you think. 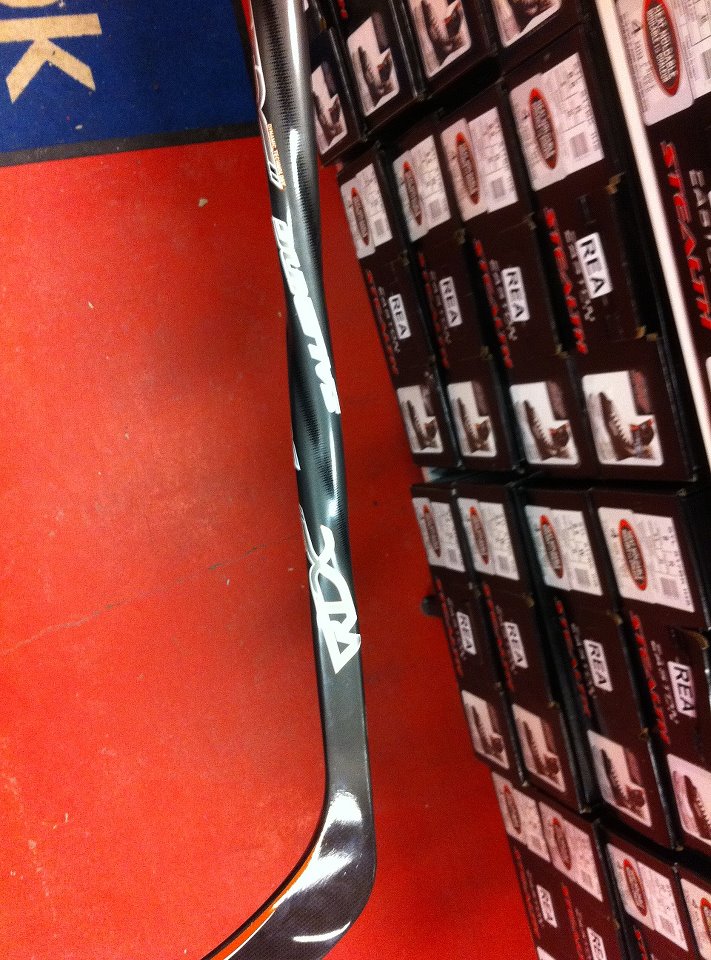