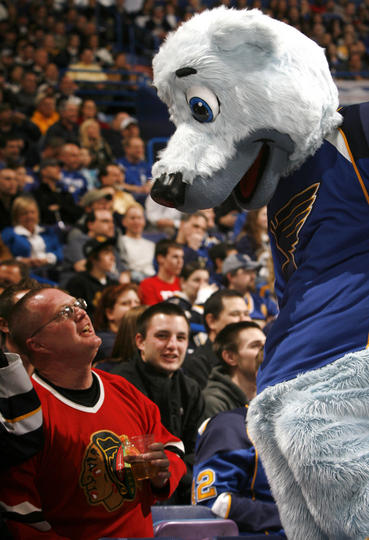 St. Louis Blues are beginning to show their dominance as they take the Central Division lead. Last night, the Blues pounded the Chicago Blackhawks 5-1. Goalie Jaroslav Halak, despite only facing 20 shots, picked up his 22 win and raised his save percentage to .926. Andy McDonald netted two goals and both Alex Pietrangelo and Kevin Shattenkirk added two helpers each on the night. Head Coach Ken Hitchock really has the boys playing well.

The Blues have a Western Conference leading 91 points. Within the division, they are 2 points up on an injured Detroit Red Wings, 8 points up on the Nashville Predators and 12 points up on a struggling Chicago Blackhawks.

It will come down to the wire, but it is quite possible the St. Louis Blues can hold onto the Central Division lead. Although the Detroit Red Wings have strung together the most consecutive home wins, the Blues have the same amount of home wins as the Wings with 27. Home ice advantage will be key for both teams going into the payoffs; expect a high intensity finish to the season from both of them.