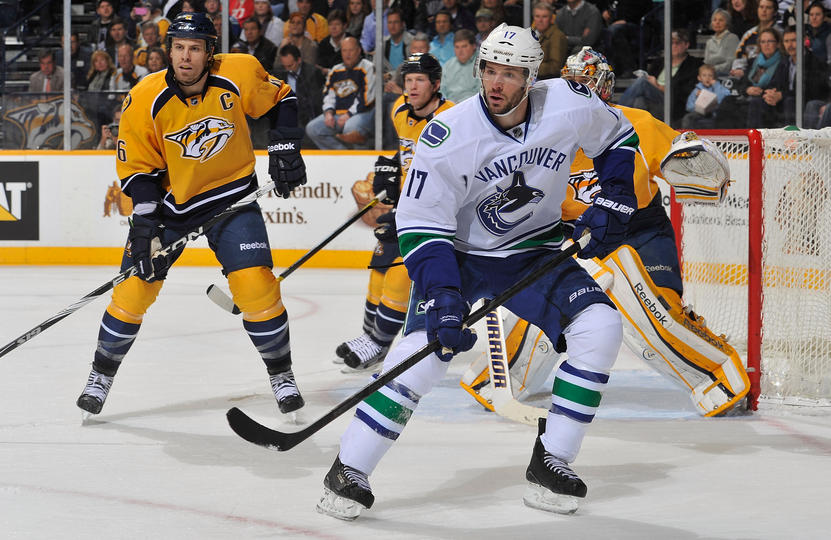 Ryan Kesler of the Vancouver Canucks got the scoring started against the equally red-hot Nashville Predators. The two teams fought hard, taking the game to a shootout. Six rounds in found Alexander Edler of the Canucks netting the game winning goal.

As stated, the two teams have been red-hot as of late. Both can be attributed to their netminders. Pekka Rinne of the Predators, who had a 11 game winning streak was, beat by Roberto Luongo who made 37 saves of 40 shots.

Seen above, Ryan Kesler of the Cancucks screens Pekka Rinne. I could be mistaken, but it looks like Kesler received his new Bauer Nexus 1000 hockey stick. Must be that new stick that picked him up the first goal. Is he wearing the Bauer Nexus 1000 ice hockey skates too?