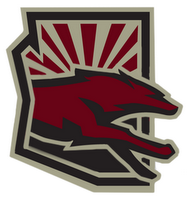 In a late-off season trade, the Calgary Flames and Phoenix Coyotes worked together to trade right winger Lee Stempniak and center Daymond Langkow. The trade is contingent on Langkow passing a physical in Phoenix.

Stempniak will be taking his talents north of the boarder for the second time in his career. He spent parts of the 2008-09 and 2009-10 seasons with the Maple Leafs, where he scored 25 goals and 26 assists in 123 games. When interviewed about the trade, he took a small yet yelling jab at Phoenix when he said to the Flames official Twitter feed “You want to play in a place where hockey matters. You love being in a market like that. I’m so excited to come to Calgary”.  While with the Coyotes, he played 100 games and recorded 56 points since coming over late 2010. Financially, he is set to make $1.9 million while with the Flames. Look for him to fill several roles for Calgary as he has the potential to score 20 goals when healthy. He scored 19 last season in 82 games. His career high is 27 goals with St. Louis in 2006-07.

Calgary got much needed help on the wing with the addition of Stempniak as they have struggled to generate offense and score goals despite having prolific scorers Jarome Iginla, Alex Tanguay and Rene Bourque. They lost depth at center in the trade, but they will be $3.5 million under the salary cap after the trade according to capgeek.com. They will have the ability to acquire another player via free agency or trade if necessary during training camp and during the season.

Phoenix is looking to verify that Langkow is healthy heading into the final year of a contract that will pay him $4.5 million this season. He has missed more than a full calendar year and more games than an NHL regular season, 88 games in all, with a neck injury he suffered on March 21, 2010 in Minnesota. Langkow missed the final 10 games of the 2009-10 season and the first 78 of the 2010-11 season before returning on April 1 in St. Louis.

Langkow wanted to wait until he was 100 percent healthy before returning to play because he cared about his healthy and family before returning until hockey. After six years of service in Calgary, he returns to the city he called home from 2001-2004, the three seasons before the lockout. In 2001-02, he led the team in points with 62. That season also ended a run of five playoff appearances in their first six years in the desert with a first round loss to San Jose. He scored 52 points in each of his next two seasons with the Coyotes. In addition to having the trade completed pending a physical, he had to waive his no-trade clause in order to make the deal happen. He said he did soon after Calgary General Manager Jay Feaster informed him of the potential deal, and added that playing with Coyotes captain Shane Doan was what got him excited about playing in the desert.