Don't Miss
Home / Soap Box / The Not so Playoff Beard

The Not so Playoff Beard

With the regular season ending and playoffs starting, players have put down their razors in an attempt to carry on the tradition of the playoff beard. This tradition though is being challenged with the baby faced younger players within the NHL such as Sidney Crosby, Steven Stamkos and Patrick Kane. In an attempt to rival those of the young guns, I put my razor down and my facial hair to the test.

A little bit of history: The playoff beard began with the New York Islanders dynasty in the 80’s. Players would not be able to shave during the playoffs, not until they won the Stanley Cup or were knocked out of the playoffs. The beards were believed to bring good luck and the Islanders beards won them 4 consecutive Stanley Cups.

Today the NHL has seen a movement to younger players. With this movement, some players are not capable of growing the historical playoff beard, but instead are left to their own attempts and creativity. Here are my competitors: 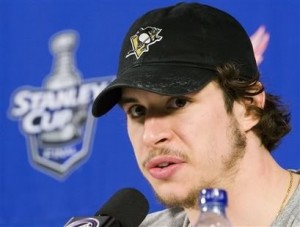 Sidney Crosby attempted the playoff beard only to be ridiculed. Looking more like a scene from the movie Jackass, Sidney’s beard did bring him good fortune as the Pittsburgh Penguins won the Stanley Cup in 2009. 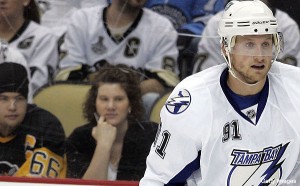 Steven Stamkos of the Tampa Bay Lightining is in his first NHL playoff appearance. Looking more like a child of an elf and dwarf from Middle Earth, the beard has let him down. With only 1 assist, 5 shots and a -1 rating in 4 games; first rule of playoff bird history: if it is not working you may shave it off. 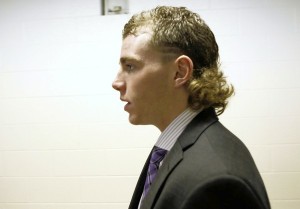 Patrick Kane acknowledged his inability to grow a beard and improvised with a playoff mullet. Not stopping there, Kane included 1990’s razor cut accents. It is nice to remember the good ‘ol days but mocking MC Hammer is never the thing to do.

So, after 10 days where do I stand? Looking more like Dr. Evil’s Sphynx cat with a few hairy patches , I have opted to take to my razor once again. For now, I swallow my pride, but maybe next year I can follow in Kane’s footsteps with the playoff mullet.

Have any playoff beard pictures you want to share? Send them to EB@hockeyworldblog.com and I’ll post them on the site.