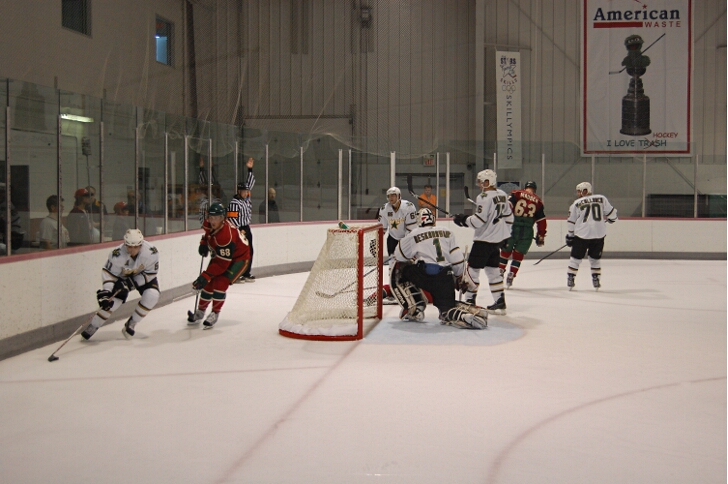 This past Friday, NHL.com posted a great article recapping the 2009 Prospect Tournament, which was held September 6-10 in Traverse City, Mich. Now in it’s 12th year, the Prospect Tournament has become a great way for coaches and general managers to evaluate their future talent in comparison to their peers.

“For one week, you’ve got your staff and prospects together,” Detroit General Manager Ken Holland told NHL.com. “Let’s face it — once the NHL players show up, most of the energy is directed toward the real players and team at training camp. This is important because we can really focus on our kids and watch them perform.You always want to make your young players as comfortable as possible because they’ll play their best when they’re comfortable in their surroundings.”

Eight team were invited to this years tournament. The Carolina Hurricanes took first place in their first ever trip to the event with a 3-1-0 record. The Minnesota Wild came in 2nd with a 2-1-1 record, but Minnesota sported some of the quickest  games of the tournament as the team, and their AHL affiliate, try to transition to a quicker-paced, more aggressive and up-tempo hockey system.

Big name stars like Dany Heatley, Pavel Datsyuk, Ilya Kovalchuk and Henrik Zetterberg have all played in the Prospect Tournament in years past. Last season’s tournament featured players like Zach Bogosian, Jakub Voracek and T.J. Oshie, players who all had varying degrees of success with their respective NHL clubs last season.

Check out the article on NHL.com for a full recap of the tournament as well as standaings for each team and notes about prospects who shined at the tournament.