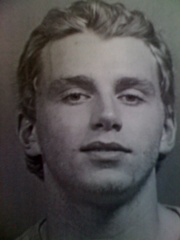 Chicago Blackhawks star Patrick Kane was charged along with his cousin for allegedly attacking a cab driver because he did not have the .20 change after the pair paid their fare.

20-year-old Kane and his cousin James Kane , 21, were returning from the nightclub district in downtown Buffalo, NY around 4 a.m. Sunday morning. They were taken into police custody an hour later after allegedly hitting the cab driver and taking the $15 fare the men gave the cab driver. The total of the cab ride was $13.80. The cab driver only gave them a dollar in change when one Kane began punching the driver while the other choked him.

The cab driver was struck in the face and head. He also suffered broken glasses and cuts to his face according to police reports.

James and Patrick were charged with felony robbery and misdemeanor counts of theft of services and criminal mischief. The Blackhawks right winger had an attorney plead not guilty in City Court on his behalf Sunday afternoon according to a report by WIVB-TV.

The Blackhawks are taking the conservative route with the 2007 top overall pick in the NHL Draft with this situation, waiting until they assess the information and facts regarding the incident before making comment or any further action.

In New York state, second-degree robbery is a Class C felony. The criminal mischief and theft-of-services charges are both Class A misdemeanors.