The New York Rangers have reportedly walked away from the contract awarded to Nikolai Zherdev by a salary arbitrator on Tuesday, making 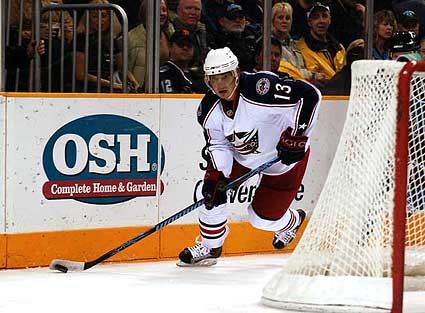 the right-wing a free agent.

”With the additions we’ve been able to make this summer, we feel we’ve been able to add scoring and offense from the wing position,” Rangers President and General Manager Glen Sather stated. ”Following the arbitration process and subsequent award given, we feel it is in our best interest to walk away and continue to explore all available options to improve our roster.”

Originally drafted by the Columbus Blue Jackets, Zherdev experienced his best season in terms of production when he scored 26 goals and registered 61 points with the Blue Jackets during the 2007-08 season. Zherdev signed as a free agent with New York last season where he accumulated 58 points in 82 games, including 23 goals.