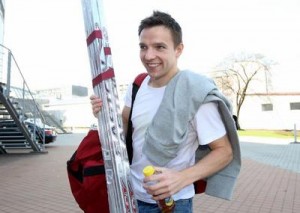 Radim Vrbata returns to the Coyotes lineup next season.

With all the hoopla surrounding the Phoenix Coyotes, it is easy to have missed the return of right wing Radim Vrbata. Vrbata played with the Coyotes in the ’07–’08 season, posting 56 points in 76 games. Afterwards he signed with the Tampa Bay Lightning only to play 18 games, and returns to the Coyotes lineup next season.

It is uncertain what line and with whom he will be playing with, yet with the loss of Nigel Dawes to the Calgary Flames, expect him to be playing on the second line. From a fantasy perspective Vrbata does contribute points wise, and if given the opportunity to play on the power play, he would be a real good addition for depth.

One last thing to note, Peter Mueller entered the league in the ’07–’08 season with a very respectable 54 points, yet dipped last season. If the two play together consitently, watch closely as the two could be a dangerous tandem.