A New Meaning for the Word “Dangle” 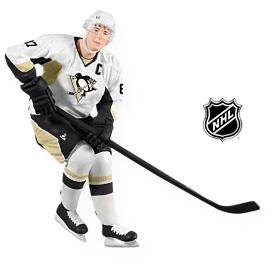 Like watching Sid the Kid dangle on your television screen during the NHL season? Well, evidently now you can watch him dangle inside your home, too. Except, in this case, he will be dangling from your Christmas tree.

Hallmark has released a Keepsake ornament in the likeness of number 87 himself, which can be had for a mere $16.50 at any Hallmark location or online. And if that isn’t enough, do a quick Google search for the opportunity to pair Sid on your tree with his mentor/landlord Mario Lemieux as well. The Lemieux Keepsake ornament was originally released in 1998.

Eric Lindros, Gordie Howe, and The Great One himself have also been encapsulated in ornament form in previous editions of the Hallmark Keepsake ornament.