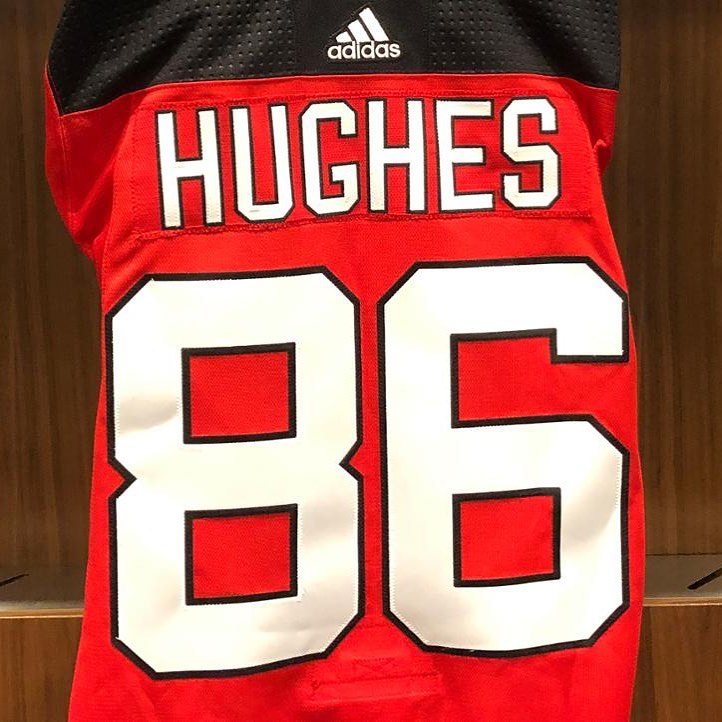 Jack Hughes, the number one overall draft pick for the New Jersey Devils, has chosen number 86 for his NHL number.

Hughes began his career with the US National Team Development Program wearing the number 6, which had been a family number. He later began wearing number 43, which had been previously worn for the USNTDP by older brother Quinn.

For his NHL number, Jack Hughes returned back to a number he wore playing midget hockey. Whether it was 6, 43, or 86, Hughes has seen incredible success in all numbers he’s worn. He now looks to translate that success to the NHL as early as next season.

As for the number itself, Hughes will be only the 14th player to wear the number 86. He joins fellow NHLers Nikita Kucherov and Teuvo Teravainen as the only active players wearing 86 on their jersey.