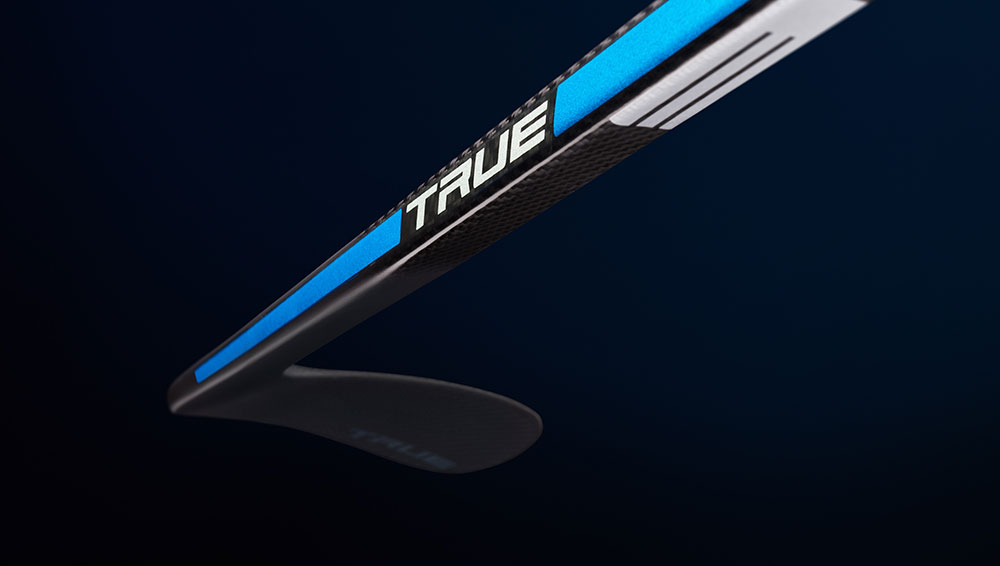 Since first jumping on to the scene with the original A6.0 stick, True Hockey has made incredible advancements in their lineup. Some come from their protective line such as gloves or pants, others come from their new skate line. One thing that has remained consistent, however, is their offering of some truly high end hockey sticks, led by the signature A6.0 .

The latest release, the 2018 True A6.0, comes in two flavors. First is their SBP version, and the other is the HT or Hair Trigger version. For this article, we’re going to focus on the 2018 True A6.0 SBP stick review.

Of course, it would be remiss of me not to mention the kind folks at True Hockey who sent over their 2018 True A6.0 SBP stick for review. While their kindness is appreciated, it has in no way impacted the content or direction of this review. The 2018 True A6.0 SBP stick review below consists of my thoughts and opinions from using the stick over the past several months. Read on for the full review.

Starting with the design, the 2018 True A6.0 SBP stick has not strayed too far from its ancestors in the looks department. The stick remains black with silver logos and hints of blue on the underside of the stick. It still offers a clean and respectable design, so True must have taken the “if it ain’t broke, don’t fix it” approach to things.

Moving into the specs, the new A6.0 SBP is made with True’s Axenic True-One Piece construction. This patented process uses compression molding techniques to mold the shaft and blade together. The result is a stick with incredible consistency and balance. From a materials standpoint, the stick is made using SmartPly with full carbon twill. This involves 25 layers of unidirectional carbon fiber which are engineered to improve torsional response and impact strength. Overall, the fibers will carry less load making the stick more resistant to impact damages which leads to a longer pop life.

The SBP variant of the A6.0 uses a mid-kick flex profile to benefit players who really lean into their shots. It’s a great design for players looking for maximum power when shooting. Square corners with concave sidewalls offer a steady feel in your hands, and the stick is offered with a nice grip finish which enhances the feel without making it overly tacky.

Into the blade of the 2018 A6.0 SBP, you’ll find the continued use of carbon twill with a nice weave which helps to raise the balance point, improve responsiveness, and enhance feel for the puck. The blade also features True’s Braided Rib Technology Plus, or BRT+, which involves the braided rib structure extending further into the heel of the stick. This setup improves durability and responsiveness while decreasing weight. This also helps True to achieve a lower swing weight with this stick.

Swing weight is an interesting measurement to look at as a whole. If you’re not familiar with swing weight, it is more about the balance point of the stick and how it feels in your hands when playing  or shooting rather than the actual weight of a stick. But at 415 grams, the True A6.0 SBP is already an elite level stick that is incredibly light. I’m not sure that this is really a measurement anyone cares about when looking to buy a stick. Balance point and how the stick feels in your hands can be fine to consider, but no one that I know is looking up swing weights and trying to find the lowest one available. It’s like CCM’s Coefficient of Restitution measurement for their old RBZ model sticks. Did anyone really care? Not so much. But CCM continued to market it like people did. I certainly hope True can ease the attention they put on this dimension and just focus on the stick in the future.

But enough being a wet blanket, I don’t want my thoughts on the marketing of the stick misguide you from the real story. That real story is about a stick that’s actually pretty darn good and mostly performs up to my expectations.

Being as well balanced as it is, the A6.0 SBP feels great in your hands out on the rink. I wasn’t as fond of the puck feel, however, and thought it was lacking a bit. This is an area that I’m really particular about and while it was okay, it just wasn’t great or overwhelmingly positive. Interestingly enough, the A6.0 HT stick, which we’ll also have a review for, performed much better in this area. I wouldn’t think that the flex profile would make a difference here, but the two were definitely different from my experience.

When taking powerful shots with the A6.0 SBP, you could really tell that this is where the magic was. Wrist shots are my bread and butter, but the SBP version performs incredibly well with slap shots and one timers rather than the wristers. I spent a lot of time with this stick during open rink time training sessions, and continued to be impressed by the way it handled powerful shots. Being able to take shots like that with the A6.0 SBP really does a lot to boost your confidence. After nailing shot after shot with great accuracy, you want to take that same skillset into a game.

Just because the stick works like magic with powerful shots doesn’t mean that it’s a slouch when it comes to wrist shots. In fact, I was impressed with the speed and accuracy I was getting out of my wrist and snap shots. While the release definitely isn’t as lightning quick as a stick with a lower kick-point, you can still take great shots of any kind with the A6.0 SBP and feel confident in doing so.

In terms of durability, I think the A6.0 SBP manages to perform just as well as any other elite level composite stick. It held up fine to everything I put it though with nothing more than scratches showing up on the outside. Inside was a bit different. After using the stick for a few weeks I noticed some rattling on the inside, as if some pieces of composite were moving around freely inside. It reminded me a lot of the older Easton sticks, which all seemed to have that problem. Despite the noise, it never affected the performance of the stick in any way.

After months of using the 2018 True A6.0 SBP, it’s clear that it is definitely not a one trick pony. While the emphasis is certainly on shots with power using the mid-kick flex profile, it can really handle anything you throw at it and it can do it well. I wasn’t overly impressed by puck feel, but besides the marketing of swing weight, that’s really the only other thing I didn’t like about using the A6.0 SBP.

Have you used the new 2018 True A6.0 SBP stick? If so, we’d love to hear from you. Leave us a comment below with your own review of the stick to help other readers make the best stick buying decision for their needs.