One of the wildest products we’ve seen hit the market this year was the Elevate XL27 hockey stick. In case you haven’t heard of it, this revolutionary stick has an offset shaft designed to help you shoot faster shots, with a quicker release, and with more accuracy.

The company launched with a Kickstarter campaign over the summer and 167 backers brought the product to life with more than $32,000 pledged to help. But, would your investment be worth it? Is the stick a game changer or is it just another gimmick? Find out below in our full Elevate XL27 stick review. 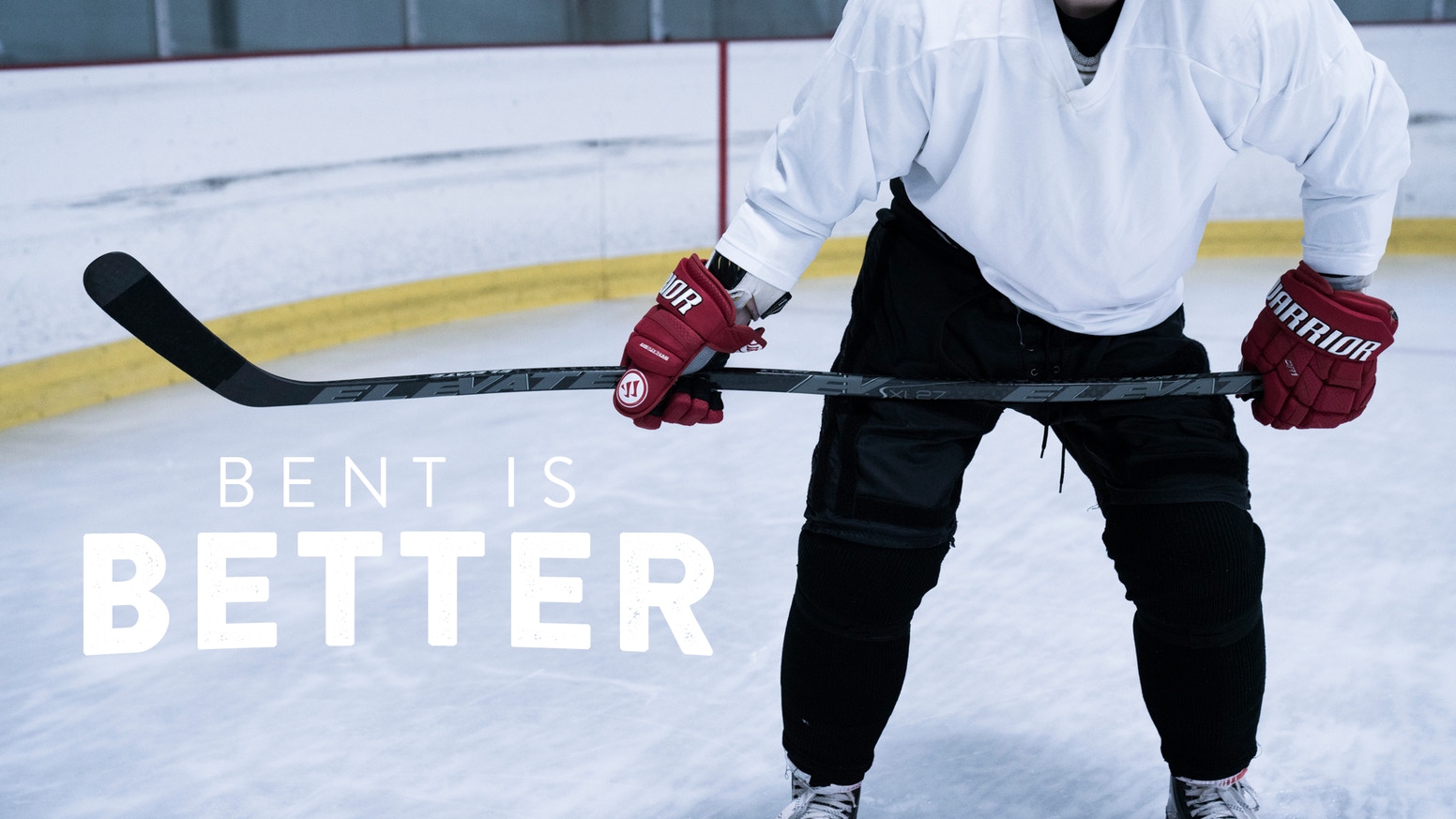 Before we go any further, huge shout out to Elevate Hockey for sending over their XL27 stick to us for a review. This post wouldn’t be possible without their generosity. Now if you haven’t had a chance to look over this stick or explore the specs, click here to do that now. That link goes to our initial preview post of the XL27 stick and will dive deeper into the stick, construction, specs, etc.

Moving right into the review, I would be lying if I said I wasn’t extremely skeptical when I first saw this stick. The XL27 looked different than any other stick I had ever seen, and I couldn’t help but feel like it was a gimmick. I definitely went into the review process with a negative mindset.

When the stick arrived and I took it out of the box, I was confused and really impressed at the same time. While I still didn’t understand how this oddly shaped stick could offer any benefit, I appreciated the engineering that went into making this design work. Then, of course, there is the manufacturing process to go along with it, allowing Elevate Hockey to produce such a unique stick. Hats off for making that happen.

A few days later, I was able to lace up the skates again and take the Elevate XL27 stick out on the rink for the first time. Handling the puck with the Elevate stick was definitely a different feeling, and it took some getting used to. Puck feel was good enough with the XL27, not incredible, but when I would look down it felt like my eyes were playing tricks on me due to the dual axis shaft. That’s typically not going to be an issue, providing you’re skating with your head up. However, it can be tricky when you glance down.

After skating around with the puck a bit during warmups to get a better feel, I decided to fire a few shots on goal. Much to my surprise, I was actually really impressed with what I felt. The puck seemed to just fling off the stick quite effortlessly on wrist and snap shots. It loaded real nicely and provided a great shot overall. I really didn’t expect it to be that good and shoot quite as well as it did.

Accuracy with those types of shots was another beast, though. More than any other stick I’ve used or reviewed, you need to spend some time shooting with this stick to really dial in your accuracy. My initial shots were sailing much higher than anticipated, and generally not anywhere near where I wanted them to go. I even rang one shot off my own goalies facemask during warm ups, which I definitely did not intend to do.

With a bit of time, however, I was able to adjust to the unique kick and release of this stick and really dial in my accuracy. By the middle of my second game with the XL27, I had a nice snipe over the goalies blocker as well as a few solid passes to set up teammates with scoring opportunities.

If you’re a player who relies heavily on slapshots, I’m not certain that you’ll have quite the same appreciation for the kick and release on the Elevate stick. I enjoyed the effortless load and quick release much more on wrist shots than I did on any slapshots I took. Part of that could be due simply to the type of player I am and what type of shot I take most often, but I felt it was worth noting.

Using the Elevate XL27 doesn’t come without reactions from people either. Many teammates I showed the stick too were perplexed by the design, wondering if it was meant to be like that or if something happened to it and I needed to return it. There was even a point where I was lining up for a face-off that the ref stopped and asked me if my stick was broken. I showed him it wasn’t, he was confused, and then dropped the puck and let us carry on.

At the end of the day, I think I am comfortable saying that I would recommend this stick to a player who relies on a quick and effortless release to score goals. This is where I noticed the biggest difference using the XL27, and where I think most players would benefit. If you can get past the unique design, you should be pleased with the offering.

The real problem for Elevate and the XL27 stick is the price and the stiff competition. With a retail price of $299.99, you’re definitely in the upper echelon of hockey sticks on the market and competing against big time offerings from CCM, Bauer, Warrior, and True. It might take a lot of convincing for a player to switch from their favorite stick or brand in order to give the Elevate stick a chance at that price. Even then, I would argue that a premier level stick could be had for much less too, including the new Sherwood Project 9, as well as the STX Surgeon RX3, both of which come in more than $100 cheaper than the XL27.

If you want to check out the Elevate XL27 stick and get your hands on one, head over to ElevateHockey.net. You can order your XL27 stick today and choose from three different flexes (75, 85, 100), one blade pattern, and either a grip or matte finish. Additionally, if you pre-order between now and the end of September, you can save $70 with the coupon SAVE70 at checkout. Deliveries of the Elevate XL27 stick are currently scheduled to begin in mid-October.

If you have used the Elevate XL27 stick, we’d love to hear from you. Drop a comment below with your own review of the stick and help other readers with their buying decisions!