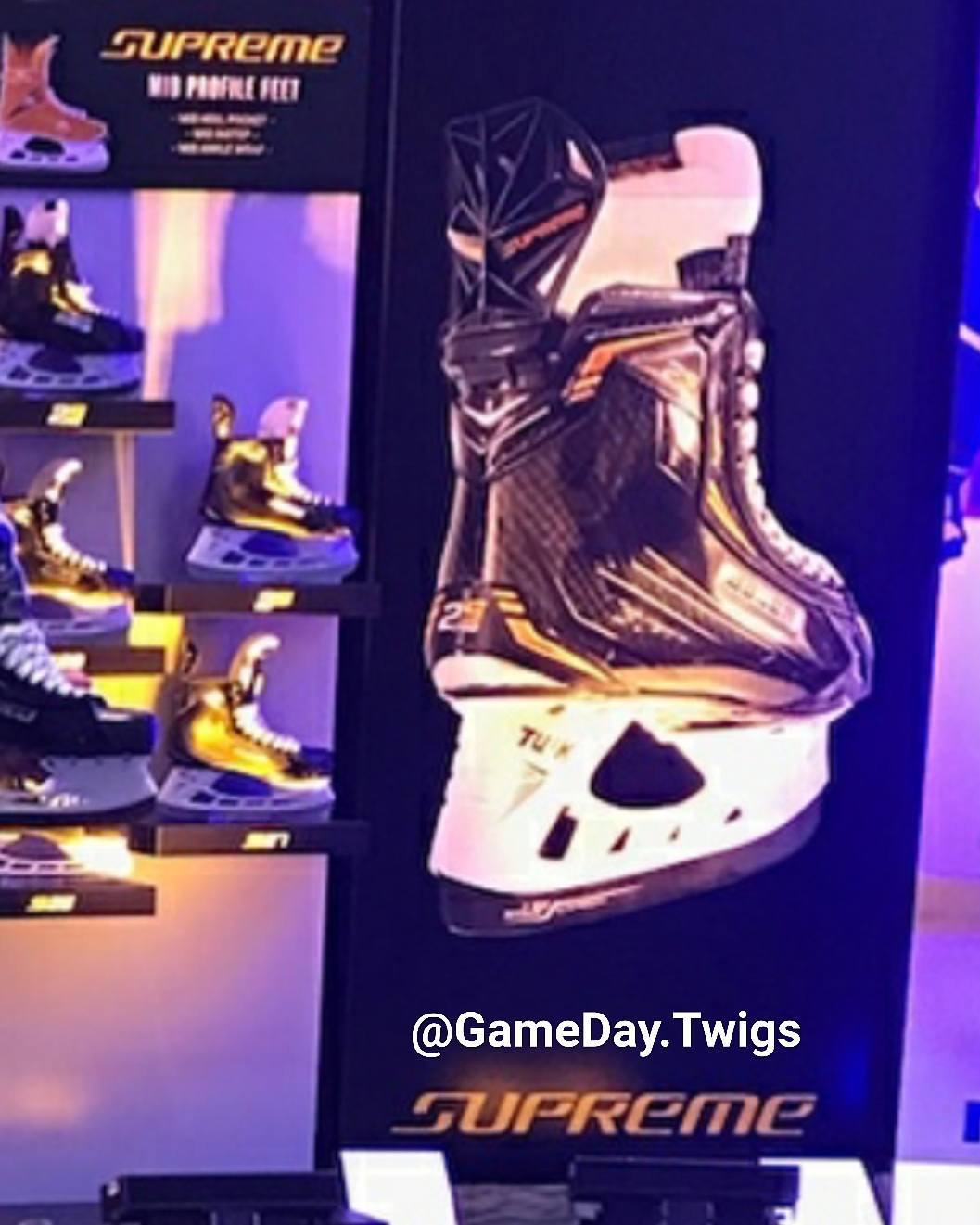 In 2018, Bauer will launch a refresh of their Supreme line of skates which will be led by the all new Bauer Supreme 2S skates.

At this point, not much is known about the Bauer Supreme 2S skates, except for what we have seen in a couple of leaked images.What we have seen so far is a darker overall color scheme, with a mostly black quarter package. Gold accents will still appear on the skates, but the there appears to be more black used than in the previous generation Supreme skate.

We could also see that the tongue on the Bauer Supreme 2S skates appears to be a version of the FlexLock Pro tongue found on the latest Vapor 1X skates. This tongue will provide more protection than the previous Supreme 1S tongue, and will also be thermoformable, allowing for a more customized fit.

At this point, there is no word on a fixed release date. However, based on previous releases, we would expect the new Bauer Supreme 2S skates to drop in April 2018.