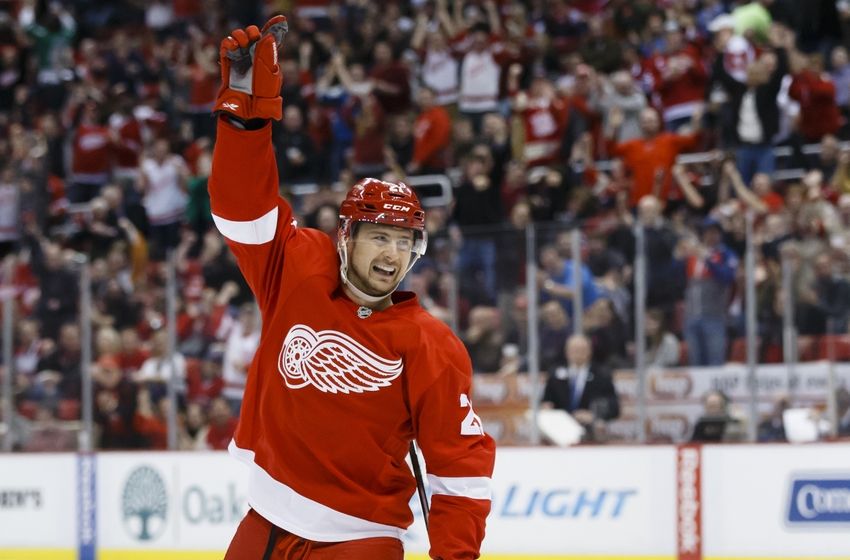 Tomas Tatar and the Detroit Red Wings met in Toronto, presented their respective cases to an NHL arbitrator, but ended up not needing the final decision as the two sides came to terms yesterday on a four-year contract extension that will pay Tatar an average of $5.3 million per season.

“I’m really excited that we found a way to get the deal done,” Tatar said during a conference call late Friday afternoon. “It was a little stressful and I was not happy that it went all the way (to an arbitrator), but we had a great relationship in arbitration. They were really nice, and we were always trying to find a way to sign a deal without waiting for the arbitrator (to render a final decision) and I’m really glad we did.”

Tatar’s camp asked for $5.3 million in arbitration, while the Red Wings countered with $4.1 million hoping the arbitrator would meet in the middle around $5 million.

MLive.com reported that Tatar had previously rejected a Red Wings offer for a five-year deal worth $5 million per season.

Had the arbitrator rendered a decision, it would have been for a one-year contract. Tatar would be an unrestricted free agent next summer.

Reports also circulated that Tatar, in speaking with Slovakian website, said a one-year contract in Detroit would likely be his last with the team.

“Unless I agree with Detroit, I’ll go to the court (salary arbitration), where they’ll give me a year’s contract,” sad Tatar (translated by Kukla’s Korner). “That would probably be my last season in Detroit. We’ll see in a few days or weeks before it all comes together.”

By comparison, Gustav Nyquist, who signed a four-year contract at a cap hit of $4.75 million in 2015, has totaled 145 points in 240 games during that same stretch.