Joe Thornton attracting lots of attention ahead of free agency 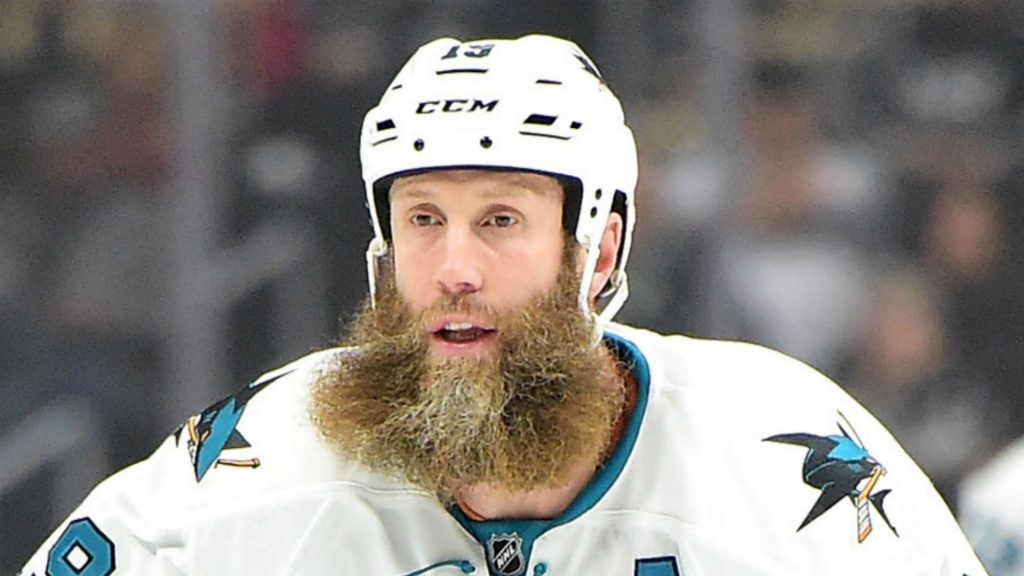 The thought of a superstar play maker like Joe Thornton hitting the free agent market is intriguing and has left no shortage of rumors throughout the NHL.

It appears that Thornton would like to stay with the San Jose Sharks, the team he has played with since 2005, but contract length is thought to be the sticking point. Thornton, who will be 38 on Sunday, wants a three year extension while the Sharks are only willing to go a year or two at the most.

If he decided to pursue other opportunities outside of San Jose, there will certainly be no shortage of suitors due to his offensive production and play making abilities—although his age and the fact that he’s coming off a torn ACL last season could cause concern.

The LA Kings are rumors to consider Thornton a top priority. He would slot in well as a second line center behind Anze Kopitar, and he has good relationships with a lot of members of the Kings’ front office. The Kings have not qualified for the playoffs two of the past three seasons, however, and lost in the first round to Thornton’s Sharks in 2016. If Thornton wants to play for a contender, those stats might give him pause.

Many hockey pundits have brought up the thought of Thornton signing with the New York Rangers, which would reunite him with Rick Nash, his teammate with HC Davos of the Swiss National League during lockout the 2004-05 lockout season. According to CapFriendly, the team has roughly $15.6 million in cap space, which would be more than enough to sign Thornton. However, their priority seems to be a defenseman like Kevin Shattenkirk, and it’s been suggested that Thornton wants to stay close to his San Jose home, which would put New York out of the running.

If that’s true and Thornton wants to stay in the California area and play for a contender, the Anaheim Ducks reportedly have interest. The Ducks are deep at center though, with Ryan Getzlaf currently anchoring their top line and Ryan Kesler centering the second line. Thornton could take over the second line center position, but is Kesler’s talent wasted in a third-line role? The Ducks would be better off going after Thornton’s teammate, Patrick Marleau, who can help boost offense from the wing.

There’s certainly no shortage of interest around the league for Thornton, but he will have some tough decisions to make: do you stay close to home, sign with a contender (likely for less money), or stay with the Sharks for fewer years?