Why the NHL needs the Penguins to lose the Stanley Cup 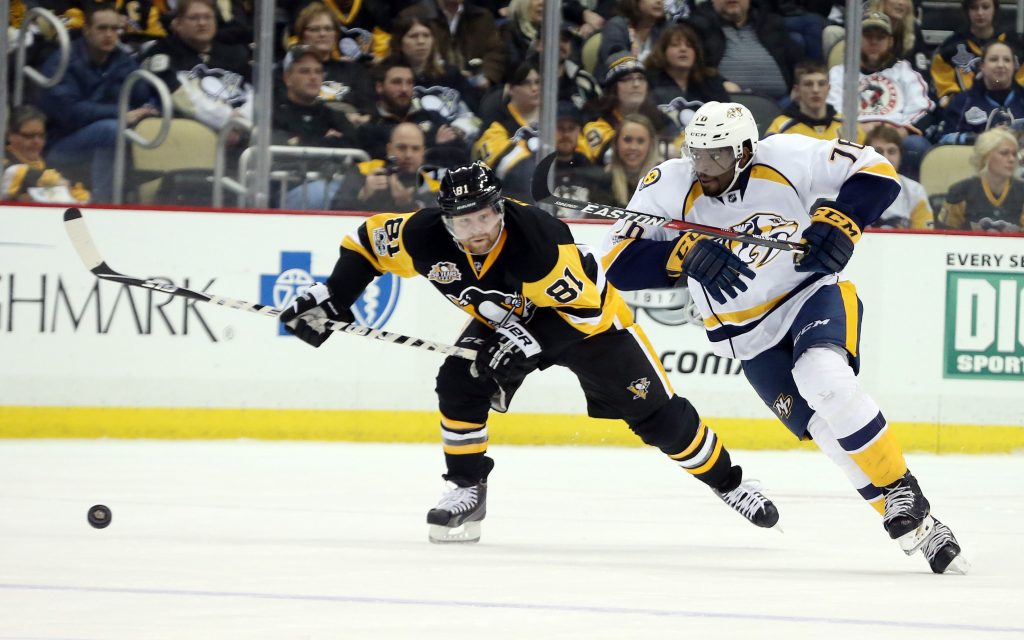 Say what you want about Pittsburgh Penguin captain Sidney Crosby being the NHL’s golden boy and the league wanting him to succeed—the NHL should be rooting against the Penguins right now.

Last week we talked about parity around the league, a concept illustrated by the Nashville Predators making it to the Stanley Cup Finals. If the Predators exemplify what’s right with the league, the Penguins show what’s wrong with it.

If they win the Stanley Cup, the Penguins will become the first team to win back-to-back championships since the Detroit Red Wings did it in 1997 and 1998. That was before the salary cap, a tool implemented to level the playing field between small market teams and big spenders.

But, for as much as the salary cap has created parity between teams on any given night, and made the playoff race that much more exciting with only a handful of points separating playoff contenders from playoff hopefuls, that level of parity hasn’t translated to the highest level of the game.

Consider this: since the 2005-06 season was cancelled, the NHL has had seven different Stanley Cup Champions. Chicago has won three times in that span, and Los Angeles and Pittsburgh have won two a piece over 11 seasons.

In the 11 seasons prior to the cancelled 2004-05 season and the implementation of the salary cap—going back to when the New York Rangers won the Cup in 1994—there were six different Stanley Cup winners. The New Jersey Devils, Detroit Red Wings and Colorado Avalanche all won multiple Cups during that period.

What does this mean? When we compare these two time periods, the salary cap—one of the major sticking points in the contract negotiations that cancelled an entire NHL season and was supposed to create a competitive balance around the league—has effectively only paved the way for one additional franchise to win the Stanley Cup.

That’s not a strong stat for the league, and the worst thing that could happen right now is for the Pittsburgh Penguins to win back-to-back Stanley Cup championships.

If I’m Gary Bettman, I’m rooting for the Predators.