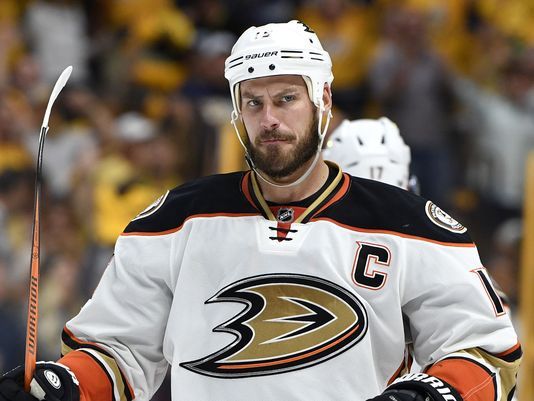 Anaheim Ducks captain Ryan Getzlaf was issued a $10,000 fine by the NHL for reportedly using a homophobic slur during Game 4 of the Western Conference finals.

Getzlaf issued the remark in frustration with an official while on the Anaheim bench. Officials weren’t in earshot of the remark, but cameras were trained directly on Getzlaf when the situation occurred. Test your lip-reading abilities with the video below.

The 32-year-old center addressed the issue with the media, going as far as to take responsibility for his actions but not outright delivering an apology.

“There was obviously some words said, not necessarily directed at anyone in particular,” said Getzlaf late Saturday night. “It was just kind of a comment. I’ve got to be a little bit more responsible for the words I choose. It’s tough to see someone refer to it as [homophobic]. I didn’t mean it in that manner in any way.

“I understand that it’s my responsibility to not use vulgar language, period, whether it’s a swear word or whatever it is. We’ve got to be a little bit more respectful of the game, and that’s up to me.”

One year ago, Chicago forward Andrew Shaw was suspended for one game and fined $5,000 for directing a homophobic slur toward an official during a playoff game.

It’s unclear why Getzlaf avoided suspension in this situation for basically the same action.