Could Stars trade No. 3 overall pick at NHL Entry Draft? 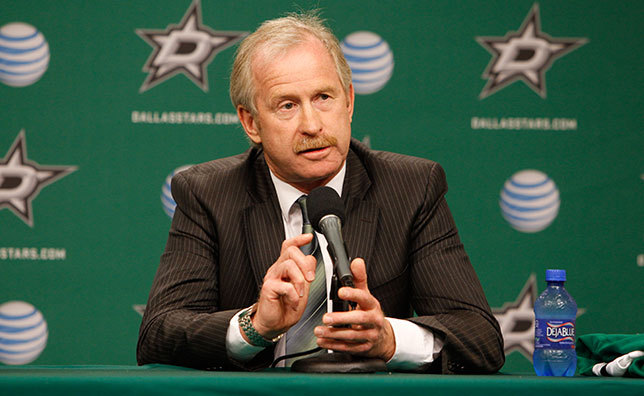 The Dallas Stars currently hold the No. 3 overall draft pick at the upcoming 2017 NHL Entry Draft, but that may not be the case when the draft rolls around June 23.

“I have talked to other teams already about possibly moving that pick,” said Stars General Manager Jim Nill during an interview with Sirius XM’s NHL Network Radio. “It gives us lot of options. I think this will heat up more as we go.”

Nill said he wants an established NHL player in return and pointed to the diverse array of talent available for a team looking to move higher in the draft.

The other factor impacting Nill’s decision to trade the third overall pick is the upcoming Expansion Draft to help stock the Vegas Golden Knights roster. Ahead of the draft, each team can team either protect seven forwards, three defensemen, and one goaltender or, one goaltender and eight skaters regardless of position.

“I’ve got some pretty good players that are going to be exposed,” Nill said. “Do I talk to [Vegas Golden Knights general manager] George [McPhee], and do we need to do something? Or do I say, ‘he’s going to pick one of these four or five guys’ and go from there?

“I think early June will be an exciting time for player movement.”

Teams need to submit their lists of protected players by June 17, with the Expansion Draft taking place June 18-20. Results of the Draft will be announced June 21 during the NHL Awards ceremony.