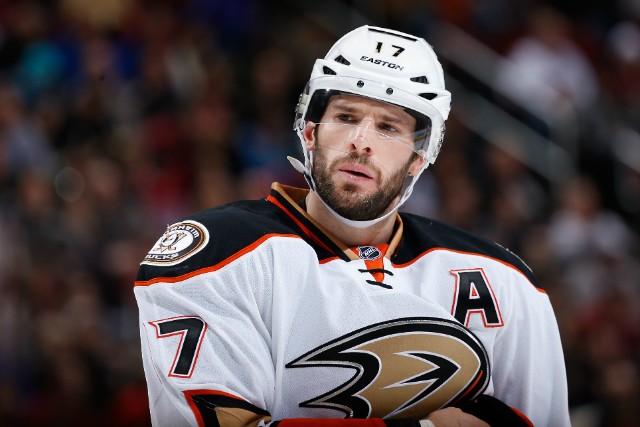 After defeating young phenom Connor McDavid and the Edmonton Oilers, Anaheim Ducks shut down center Ryan Kesler has set his eyes on Ryan Johansen of the Nashville Predators as his next target.

Johansen has gotten the better of Kesler early on in the series. He has four points in the series already and has been on the ice for five of six Nashville goals. Despite his success against Kesler, Johansen hasn’t been happy with what he’s gone up against.

“I mean, it just blows my mind watching. I don’t know what’s going through his head over there. Like, his family and his friends watching him play, I don’t know how you can cheer for a guy like that. It just doesn’t make sense how he plays the game,” Johansen said. “I’m just trying to go out there and play hockey, and it sucks when you’ve got to pull a stick out of your groin every shift.

“He doesn’t do anything that makes sense. He thinks he’s getting under guys’ skin, but I don’t know what he’s doing.”

Johansen’s venting might very well be justified. In addition to the stickwork he mentioned, Johansen was also the victim of an elbow to the head courtesy of Kesler during game two. Johansen would later catch Kesler with a high stick to the face, furthering any anger and frustration that may be building up between the two players.

Kesler sees nothing wrong with his gritty style of play, however.

“I play the game hard, and obviously he doesn’t like that,” Kesler said of Johansen during a television interview.

For fans of the game, you have to love that the intensity is building between these two stars. The remaining games in this series should be fun to watch, especially if you’re keeping an eye on this growing feud.

The series between the Ducks and Predators is currently tied at 1. Game 3 is tonight, May 16th, at 8pm.