Yakupov determined to stay in NHL next season 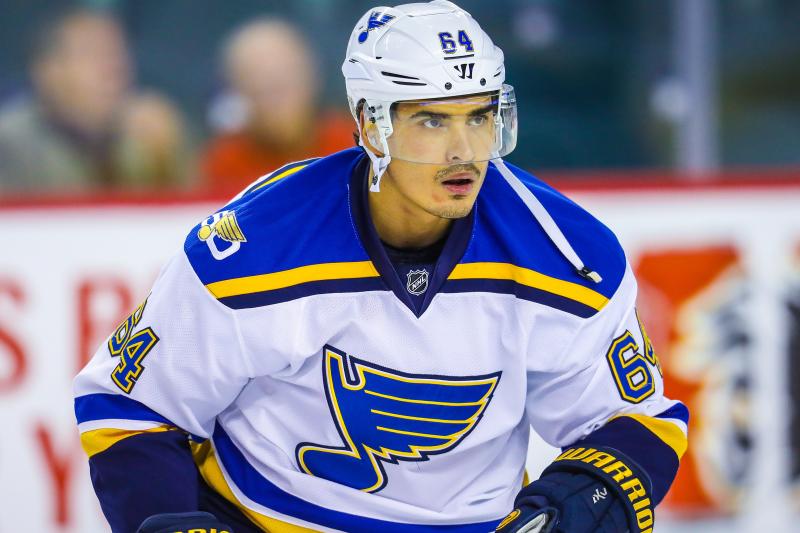 Nail Yakupov’s career in the NHL has been underwhelming to say the least—especially considering he was the first overall draft pick by the Edmonton Oilers in 2012—but the 23-year-old Russian is committed to turning it around in the NHL.

Andy Strickland of Fox Sports Midwest reported that Yakupov has “zero plans of returning to Russia” to play in the KHL and fully expects to play in the NHL next season.

Yakupov skated in 40 games last season with the St. Louis Blues after being traded from Edmonton prior to the beginning of the 2016-17 season. It was thought that St. Louis and head coach Ken Hitchock could breathe some new life into Yakupov, who struggled after a successful rookie season where he scored 17 goals and 31 points in 48 games. The experiment didn’t work, however, and Yakupov was limited to just three goals and six assists in 40 games last season.

While Yakupov is set to become an unrestricted free agent this summer, it’s yet to be seen if St. Louis will tender him a qualifying offer. He’s also currently recovering from knee surgery, which could further diminish his value this offseason.

If St. Louis decides not to retain Yakupov, The Hockey News lists the Vegas Golden Knights as a potential destination, where he is likely to get plenty of playing time and a chance to regain his confidence away from the spotlight. The media outlet also lists Chicago, Montreal, and potentially even Washington as potential suitors for Yakupov, who is likely headed for a one-year “tryout” contract.