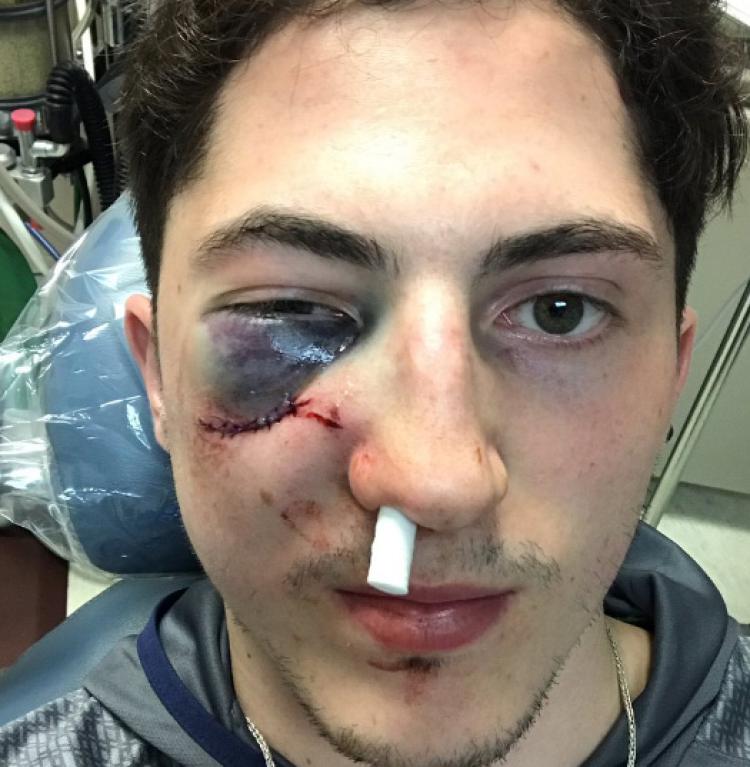 Columbus Blue Jackets rookie defenseman Zach Werenski will miss the remainder of the playoffs with a facial fracture suffered during the Game 3 of the team’s first round series against the Pittsburgh Penguins.

“It [stinks] for him,” Blue Jackets coach John Tortorella said Monday. “I just met with him in the office today and that’s the first thing that comes out of his mouth; he’s upset that he can’t play.”

The injury happened with just under seven minutes left in the second period when he was struck by a shot from Penguins forward Phil Kessel. He immediately went down, was bleeding from his face and went to the locker room.

The 19-year-old tried to return to the game in the third period with a full face shield protecting his face, but his eye swelled up so much he couldn’t see and was unable to play in overtime.

“It makes you sick just because you see him try to come back out and his eye’s swollen up between the third and overtime and you know he wants to come back out, and what guy comes back out in that situation?” Blue Jackets captain Nick Foligno said. “I said to him, ‘I’m proud to be your teammate.’

“He’s a kid who exemplifies what we’re trying to build here, and it’s pretty impressive from a young guy. There’s lots of respect for that kid around the room, always has been. He’s such a big part of this team and it’s hard not to have him out there.”

Werenski has 47 points (11 goals, 36 assists) this season—setting a Blue Jackets rookie record. He averaged 23:29 minutes in three playoff games and was minus-2.