Are former players shedding light on problems in Detroit? 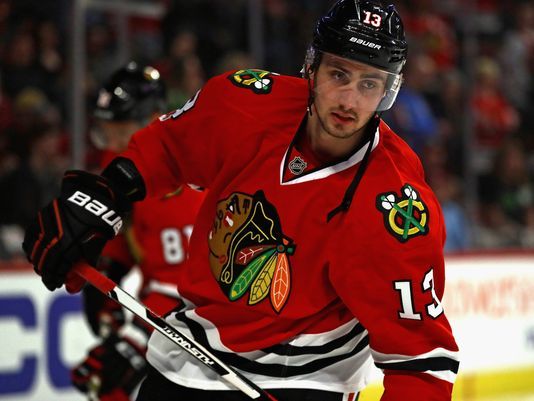 For the first time in a quarter century, the Detroit Red Wings will miss the playoffs—and former players Tomas Jurco and Steve Ott may be shedding some light on why that is.

Jurco and Ott were both trade deadline casualties who were moved in exchange for draft picks. In Jurco’s case, a lack of playing time in Detroit led to him asking for a trade, resulting in a move to the Chicago Blackhawks.And in a recent interview with the Chicago Tribune, Jurco had some interesting things to say about his former club.

“The biggest difference is that here we’re told to make plays instead of just making safe plays and chipping it in and playing safely,” Jurco said. “Here you actually should create something if you want to stick in this lineup because there’s so many creative players.”

“I have that bad habit sometimes to play safe and chip it in,” he continued. “When I played juniors (and) in the AHL, I was a creative player, so it takes a little while for me.”

Jurco’s comments are interesting considering the Red Wings have struggled to score under head coach Jeff Blashill, and clearly he felt limited in his abilities to contribute offensively with the team.

Ott, meanwhile, was dealt to the Montreal Canadiens, who were looking to add depth and leadership to their roster. After just a few days with his new team, Ott shared some interesting insight, saying, “this is probably the hardest working team I’ve ever been a part of.”

The 34-year-old spent time with the Dallas Stars, Buffalo Sabres and St. Louis Blues before joining the Red Wings and, now, the Canadiens, so he has plenty of experience to draw from when talking about hard working teams.

But many took this as a jab at Blashill—and rightfully so. The Red Wings have continuously experienced slow starts this season and have largely been outworked by opponents.

For Red Wings fans looking for answers to a downright abysmal season, the comments from Jurco and Ott could shed some light on what’s been plaguing the team this season. Blashill’s system could be preventing creative players from reaching their full offensive potential—which is all the more likely when you consider the struggles of players like Gustav Nyquist and Tomas Tatar under Blashill. The team’s work ethic has certainly been lackluster and incredibly inconsistent, which could be one reason why the Wings decided to bring in a veteran player like Ott to begin with last summer.

Do you think Blashill is to blame for the team’s lack of production and subpar work ethic?