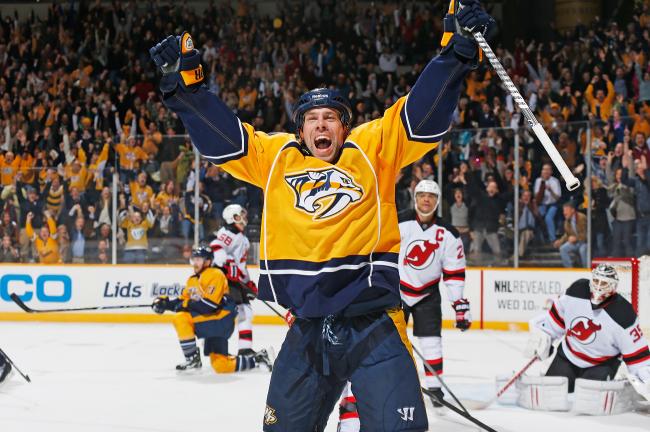 David Legwand, who was the very first draft pick of the Nashville Predators organization at number two overall in the 1998 NHL Entry Draft, has announced his retirement after 16 NHL seasons.

“What a great ride this was, especially having the chance to play nearly 1,000 games for my drafting club in Nashville, and seeing the growth of the game there; to fulfilling a dream of playing for my hometown Red Wings; to experiencing the positive vibe of playing in Canada’s capital of Ottawa; and to end with the talented players of the Buffalo Sabres in my final season,” Legwand said in a statement released by the NHL Players’ Association.

“I have to give credit for the success in my career to others,” Legwand said in the statement. “I had great teammates who became friends; coaches and general managers who believed in me; trainers, doctors and therapists who kept me healthy; and I received sage advice and friendship from my longtime agent Pat Morris and his staff at Newport Sports. Finally, I would like to give a special thanks to my mom and dad, sister, and my wife Lindsey and our kids Ella and Ryder, who sacrificed so much for my opportunities.”