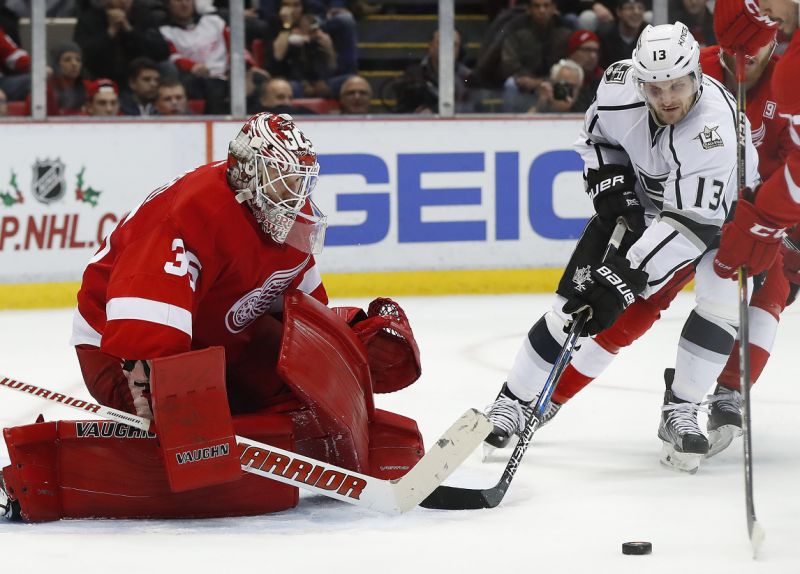 The Detroit Red Wings received a heavy dose of bad news this week when it was reported that goaltender Jimmy Howard will be sidelined for 4-6 weeks after suffering a sprained knee.

We previously reported that Howard left the team’s game against the Tampa Bay Lightning on Tuesday, which also saw Lightning goaltender Ben Bishop leave the game with an injury.

“First of all, really too bad for him,” coach Jeff Blashill said Friday after the team’s morning skate at BB&T Center. “It’s a tough, tough thing. He really worked hard to put himself in a real good position. He’s obviously had an excellent start, so it’s hard to then get injured and be out like that.”

Howard has a 5-7-1 record with a 1.96 goals-against average and a .934 save percentage in 17 games. He missed six games in late November and early December because of a groin injury.

The Wings are currently in 15th place in the Eastern Conference with 32 points in 33 games.