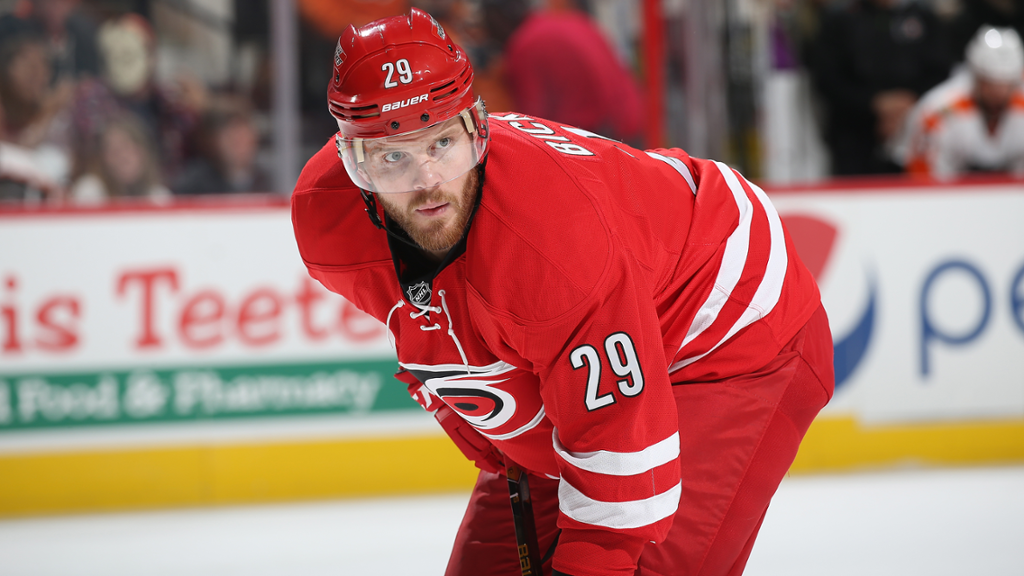 “Everybody knows your (own) body and what’s normal, what’s not normal,” said Carolina Hurricanes forward Bryan Bickell, and when he experienced shooting pain in his shoulder recently, he didn’t think much of it. But, when the pain didn’t get better and instead extended to his leg, he knew something was wrong.

After a few tests, doctors diagnosed Bickell with multiple sclerosis.

“Since the 2015 playoffs, I’ve been struggling to understand what was going on with my body,” Bickell said via a statement released by the team Friday afternoon.

“Again during the past few weeks, it felt like something wasn’t right,” he added. “Obviously this is a bit of shock for my family and me, but I am hopeful I will be able to return to the ice and continue playing the game that I love.”

Doctors told Bickell that they discovered the disease in its early stages, which will hopefully allow them t mitigate its effects and allow him to return to the rink.

“We’re already in the mix with getting treated and trying to get things stabilized and neutralized so I can get back on the ice,” Bickell told the Chicago Tribune. “I can’t guarantee the time but hopefully it’s sooner rather than later.”

Bickell was part of three Stanley Cup-winning teams with the Chicago Blackhawks but spent most of last season playing for the team’s AHL affiliate in Rockford. He was traded to the Carolina Hurricanes this past summer where he played in seven games before experiencing health issues that eventually led to the diagnosis.

There is no cure for MS, but there are varying degrees of severity of symptoms for those who have the disease. Bickell is the second NHL player to be diagnoses with the disease in recent years, with Minnesota Wild goaltender Josh Harding receiving an MS diagnosis in November 2012.