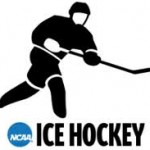 We’ll get to see college hockey on the ESPN Networks ahead of the NCAA Tournament.

The Worldwide Leader in Sports announced today that they are adding six regular season games featuring Big Ten teams leading up to hosting the postseason tournament in March.

The first game will take place Sunday afternoon when Wisconsin will host Boston College. Action will pick back up with two games in December. Every Big Ten team will host one game, with Michigan being the only team to have three appearances on the network. Three games will be shown on ESPNU while the other three will be shown on ESPNEWS. In the booth will be Sean Ritchlin, John Buccigross, and Kevin Brown. Serving as color analyst for each game will be Ritchlin, who played for Michigan and won national championships in 1996 and 1998. Buccigross and Brown will handle play-by-play duties, with Brown heading to Madison, Wisc. this weekend to call the first game on the slate.

Check out the ESPN/Big Ten hockey schedule below:

This season will be ESPN’s 23rd year televising the Frozen Four and the 13th season covering every game from the 15-game Championship. This year’s regional tournament will take place March 24-26 in Providence, R.I., Fargo N.D., Manchester, N.H. and Cincinnati, Ohio. The Frozen Four takes place two weeks later (April 6-8) in Chicago, Ill. at United Center. It will be the first time Chicago has hosted college hockey’s national championship.