John Tavares intends to be a New York Islander for life 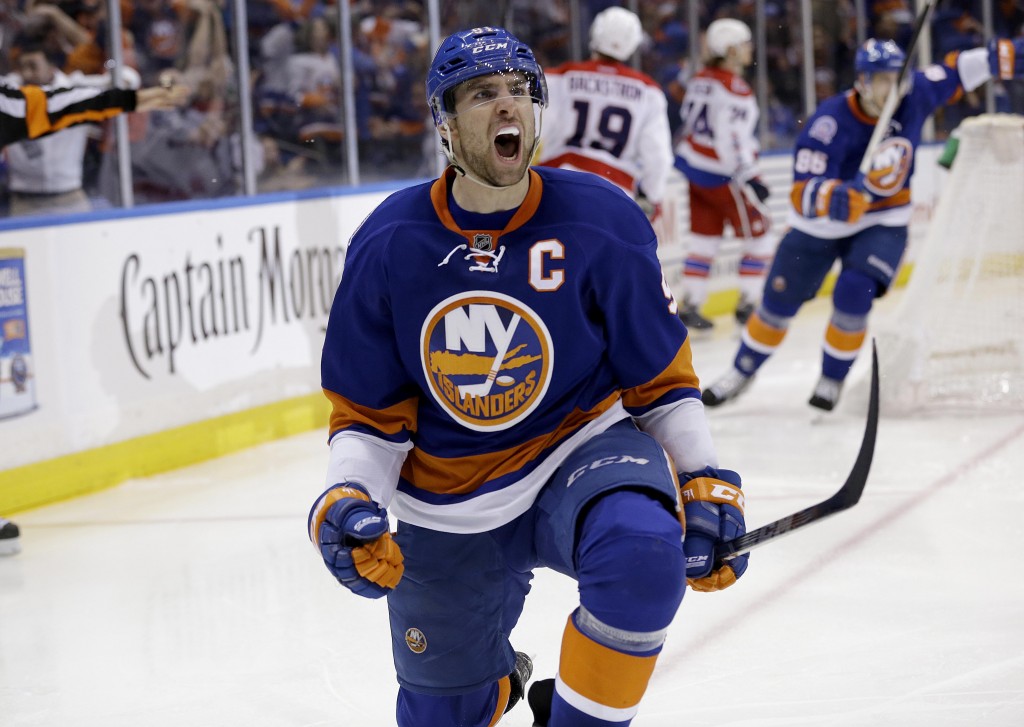 It’s rare for a hockey player to spend his entire career with one organization, but New York Islanders superstar John Tavares intends to be the exception to the rule.

“I think I’ve always showed my commitment, my appreciation and my desire to play on Long Island,” Tavares said recently in an interview with Sportsnet 590. “I would love for that to continue for the long haul.”

The 25-year-old is still two seasons away from potentially reaching free agency and is on a contract that pays him $5.5 million per season. Islanders GM Garth Snow cannot begin negotiations with Tavares until July 1 next year, and he has recently stated a desire to lock up his star player for the long term next summer.

“I think you look at some of the greatest players in the game have been able to spend their entire career somewhere,” Tavares said. “I hope I’m in that same position.”

There have been rumors that Tavares, a native of Mississauga, Ontario, may want to leave New York to play for the Toronto Maple Leafs—his hometown team. But he indicated that people shouldn’t count on that happening.

“Obviously being from Toronto, people are going to make those connections,” he said. “I just want to go out there and be the best player, best person that I can be for the Islanders day in and day out. I’m just going to focus on tomorrow and the upcoming season.”

Tavares is about to enter his eighth NHL season—all with the Islanders, the team that drafted him first overall in the 2009 NHL Entry Draft. He led the team with 70 points in 78 games last season and has scored more than 30 goals in each of his last two seasons and three times in his career.