On the eve of free agency, here are what I believe are the best available players at their position.

This position is perhaps one of the most thin in terms of quality free agents. But Lucic’s stock has risen now that Steven Stamkos has decided to return to Tampa Bay. Rumors say he’s narrowed his choice of teams down to two, so we should find out rather quickly where he will land before other dominoes will fall. One big plus in Lucic’s favor is that he’s been relatively healthy, as he’s missed a total of 10 regular season games over the last six seasons. He’s going to command somewhere around $7 million per season, which is a big gamble on a player who’s scored 30+ goals once in his career.

Nielsen may not be a household name, but he’s in prime position for a big increase in pay. The former Islanders player was one of the best in the NHL on the power play over the last three seasons. He averaged 5.03 points per 60 minutes with the man-advantage. Stamkos, for comparison, averaged 5.00 points per 60 minutes. He’s also one of the best players in the shootout since it made it’s debut in the NHL 10 years ago with 42 goals on 82 attempts. Like Lucic, he’s another player that spends more time on the ice than on injured reserve, as he’s missed seven games since the beginning of the 2011-12 season. The only knock is that he’s 32 years old, which could cause some general managers to be cautious in offering him a deal over five years.

Okposo will gain the attention of teams who tried to get in on Stamkos but had fallen short. CBS puts him at the top of their list among top free agent forwards. We know he’s got the play-making ability to score over 50 points as he’s done so over the last three seasons. The big question is can he do that as the primary forward on his new team instead of being John Tavares’ sidekick. He’s only 28 years old, so this contract will be huge for him as he’s entering the prime years of his career.

Polak isn’t going to help you on the score sheet, but he’s going to help you with the dirty work on special teams. He’s averaged 2:44 of shorthanded ice time over the last three seasons, most of any UFA. He started the season with Toronto and was traded to San Jose in February. He guided the Sharks to a 82.5 percent kill rate during their Stanley Cup playoff run.

If you can manage to get Campbell to play as a reduced salary, it’s a steal. The dependable vet showed the league that he can still play at 37. He hasn’t missed a regular season game since 2010-11 and is a perfect fit for a team with a young, inexperienced group of defensemen. Don’t expect him to score a ton of goals (He’s reached double-digits once in his career with 12 in 2005-06) but if he gets hooked up with a team he can improve on his career best plus-31 rating set last season. 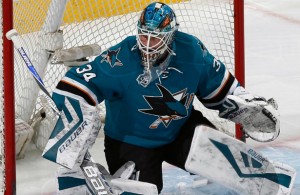 The market for goalies this off-season is about as dry as Metro Detroit has been in June (1.3″ of rainfall). Reimer did manage to get out of Toronto and found a great situation in San Jose where he went 6-2-0 with three shutouts and a .938 save percentage with the Sharks. The problem is that he’ll still be backing up Martin Jones. It’s possible he could stay in San Jose as a backup or take the risk of jumping to a worse team and getting peppered with pucks night after night. Reimer deserves  better, but the $2.3 million cap hit he could be attached with might force teams to look internally for a backup.